Rare Antibodies May Be Key To Future HIV Vaccine 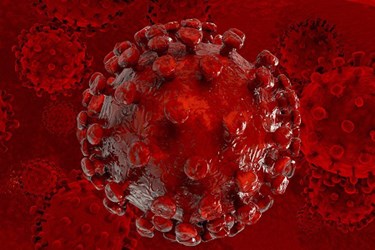 A team of researchers from The Scripps Research Institute (TSRI) reported their findings about a single family of antibodies that could adapt to fight the elusive HIV virus and its different strains. Their discovery may one day provide the key to designing an effective HIV vaccine in the future.

HIV is notorious for its resistance to traditional viral vaccines which make use of weakened or inactive virus particles, or sometimes large viral subunits, to induce long term immune protection. While this approach works on most viruses, HIV and other certain viruses mutate rapidly from strain to strain to protect its vulnerable parts. HIV coats its surface with covalently linked sugar molecules or glycans, which are difficult for antibodies to connect to.

Research shows that some HIV-infected patients’ immune systems are able to penetrate the HIV’s glycan shield. These patients’ immune system produces rare antibodies that can grab or block the virus’ most susceptible sites, particularly those that do not change much from strain to strain because of certain critical functions. The rare antibodies, while not prevalent enough in the body to be effective in people already infected with the disease, are capable of broadly neutralizing HIV strains and could be the key to future preventative vaccines.

One of these rare antibodies is PGT121. However, gathering information from PGT121 and other antibodies as the basis to design the vaccine’s main ingredient, the immunogen molecule, is a complex process. PGT121’s own antibody family has shown diversity in its affinity to HIV, with different members evolving in various ways to attack the virus. Devin Sok, a research associate in the Burton laboratory, said, “This gives us better detail on how PGT121 family antibodies have diverged during the affinity maturation process — it’s clear that there are multiple pathways, even within a single antibody family, to achieve broad neutralization of HIV.” Sok said that the findings are critical to the design of the vaccine that can be used against HIV and other viruses that use glycan shields such as flu, hepatitis C virus (HCV), and even cancer.

The scientists published their research entitled ‘Structural Evolution of Glycan Recognition by a Family of Potent HIV Antibodies’ in last week’s issue of the journal Cell.