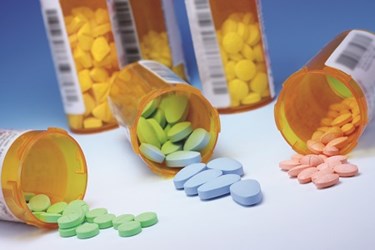 Children cancer advocates and researchers in Australia and the U.S. have entered into a partnership, forming the Children's Oncology Drug Alliance (CODA), a research and development alliance that will facilitate drug development for children with neuroblastoma.

Neuroblastoma is the most common and deadliest form of solid cancer that affects infants and children age five or younger. The disease develops from immature cells found in several areas in the body and arises in and around adrenal glands. The cancer can also grow in other areas where nerve cell groups exist, including near the spine and neck. While some forms of neuroblastoma disappear on their own, others necessitate multiple treatments. Neuroblastoma affects up to 100 children in Australia and approximately 650 in the U.S. every year.

Professor Peter Gunning, Head of the Oncology Research Unit at UNSW Medicine, said, “For too long, childhood cancers have been neglected despite the progress made with treatments for adult cancers. The Alliance brings together the science, expertise and funding to accelerate the development of a medicine that has the potential to change the way we treat solid cancers in children.”

CODA will bring together research and resources of the University of New South Wales (UNSW) and NewSouth Innovations in Australia, the Kids' Cancer Project, Australian oncology drug development company Novogen, and Nationwide Children's Hospital in Columbus, Ohio. The alliance will strive to speed up development of an innovative new therapeutic approach to neuroblastoma discovered by Professor Gunning’s research team and funded by The Kids’ Cancer Project.

The drug belongs to a class of therapies known as anti-tropomysis, which is being advanced commercially by Novogen. The therapy is designed to target cancer cell structures and cause them to collapse without negatively impacting other healthy cells. The company is also providing access to its super-benzopyran drug technologies to facilitate drug development for neuroblastoma and other solid cancers in children.

Professor Peter Smith, Dean of UNSW Medicine and member of The Kids' Cancer Project's Research Advisory Committee, said that anti-tropomyosins show great potential as therapies and are long overdue. “Based on evidence seen in pre-clinical models, the anti-tropomyosins appear to have the potential to become the most significant development in the treatment of childhood cancer in more than 20 years,” Professor Smith said.

Clinical trials for the drug candidate are set to start in sites in the U.S and Australia this year.