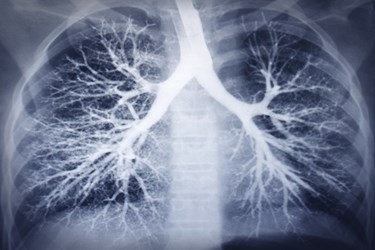 Neratinib is an irreversible tyrosine kinase inhibitor being developed as treatment for breast cancer and other solid cancers with a HER2 mutation. In the ongoing, open label, randomized Phase 2 trial, neratinib monotherapy or a combination of oral neratinib with temsirolimus was administered to patients with confirmed stage 3B or stage 4 NSCLC with somatic HER2 mutations. Trial participants were also administered high dose loperamide to address the drug’s side effect, diarrhea.

Initial data show that more than half of patients who received monotherapy achieved stable disease and 31 percent achieved clinical benefit from neratinib alone. However, 79 percent of those who took neratinib and temsirolumus achieved stable disease while 64 percent achieved clinical benefit. Results also show that the combination treatment was acceptably tolerated by patients. Median progression-free survival was documented to be at 2.9 months for the monotherapy and 4.0 months for the combination.

Alan H. Auerbach, CEO and President of Puma Biotech, said, “We are pleased with the initial results of the Phase 2 trial with neratinib in patients with HER2 mutated non- small cell lung cancer. The activity seen to date in the trial confirms the efficacy signal seen in the prior Phase 1 trial and supports future study…These results are consistent with what we are seeing in our other studies that are utilizing the loperamide prophylaxis to reduce grade 3 or higher diarrhea with neratinib, which is resulting in an improvement in the tolerability of the agent.” The company also announced positive top line results for neratinib in its adjuvant breast cancer Phase 3 trial in July.

The company presented the initial trial results at the ongoing European Society for Medical Oncology (ESMO) 2014 Congress in Madrid, Spain.

Last month, Puma announced changes to its licensing agreement with Pfizer for neratinib. Under the amendment, Puma will now solely shoulder the expenses related to the drug’s ongoing legacy clinical trials in return for paying Pfizer fixed royalties at a reduced rate.