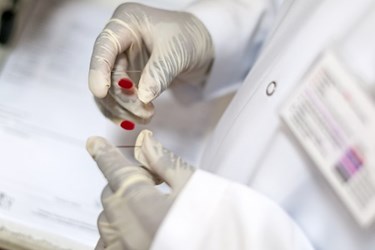 Penn Medicine announced that AMY-101, a drug developed at the institute, has been awarded Orphan Drug Designation by the U.S. Food and Drug Administration (FDA) as treatment for the rare and deadly blood disorder, paroxysmal nocturnal hemoglobinuria (PNH).

AMY-101 is an investigational drug designed to inhibit C3, a central component of the oldest part of the immune system. The drug’s mechanism of action may turn out to be a cheaper and more effective way to treat patients with PNH, which can be only treated with the most expensive drug available in the U.S.

Paroxysmal nocturnal hemoglobinuria is a rare disease characterized by anemia due to the destruction of red blood cells, as well as thrombosis. The disorder affects between 1 and 5 per million people in the U.S. Approximately one-third of patients with PNH are unable to respond to the single available treatment for their disease and need to have regular blood transfusions to manage their anemia.

“Receiving the orphan drug designation from both the FDA and the EMA is an important achievement and a key milestone in the development pathway of AMY-101, and we are optimistic regarding the long-term potential of this potent complement inhibitor. AMY-101 could represent a significant therapeutic advantage over treatments currently available for PNH,” said Dr. John Lambris, the Dr. Ralph and Sallie Weaver Professor of Research Medicine in the Department of Pathology and Laboratory Medicine in the Perelman School of Medicine.

The company said it is planning to advance AMY-101 into first-in-human trials in 2015. AMY-101 has already received Orphan Drug Designation from the European Medicines Agency (EMA) in August this year.

Should Amyndas secure approval for AMY-101 in its orphan indication, it will receive seven years of market exclusivity in the U.S. and ten years in the EU, among other benefits.