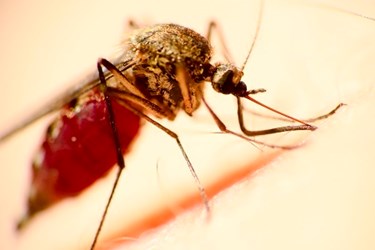 International nonprofit organization PATH announced that it has received a $156 million grant from the Bill & Melinda Gates Foundation to support the PATH Malaria Vaccine Initiative (MVI). The grant will be used to develop new vaccines that aim to disrupt the cycle of malaria parasite transmission and provide an “immunological bed net” to prevent the reintroduction of parasites.

Steve Davis, PATH’s president and CEO, said, “This new grant for the MVI program will help ensure that PATH can continue its effort to implement an organization-wide strategy aimed at supporting control, then elimination, and ultimately eradication of malaria. We think that malaria vaccines are key to success against malaria and I am deeply appreciative of the Gates Foundation’s confidence in our ability to make a contribution in this area.”

MVI uses a two-pronged approach to advance its “accelerating to zero” agenda that aims to eliminate malaria worldwide. First, it promotes the development of anti-infection vaccines (AIV) that will help people from being infected after being bitten by malaria-bearing mosquitoes. Second, MVI encourages the development of transmission-blocking vaccines (TBV) that prevent mosquitoes from being infected even after sucking the blood of a malaria-infected person. Vaccines that combine both AIV and TBV attributes will be given high priority in the project.

Bill Gates, Co-chair of the foundation, said, “We must remain committed to the eradication of malaria. Small steps won’t get the job done. History shows that the only way to stop malaria is to end it forever.” Mr. Gates added that long-range efforts towards elimination of malaria must be balanced with immediate efforts to save lives in the present.

Earlier this year, PATH MVI also supported a collaborative project between Artes Biotech and Burnet Institute to develop a new type of malaria vaccine. The organization is also working with pharmaceutical company GlaxoSmithKline to secure regulatory approval for GSK’s own malaria vaccine.