No, Biologics Are Not Natural Monopolies 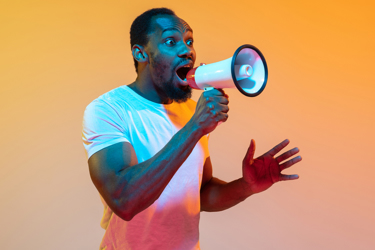 It is well understood that biologics have improved our ability to treat diseases such as cancer and autoimmune ailments. Biologics are also expensive; they now represent 43% of invoice spending, and spending has been growing 14.6% annually over the past five years.

Until recently, originator biologics lacked any meaningful competition from less costly off-patent generic copies better known as biosimilars. The biosimilar market in the U.S. has developed slower than expected in some therapeutic areas and far faster in others compared to the European market, which began the introduction of biosimilars a decade earlier.

According to IQVIA sales data, newly launched oncology biosimilars have attained more than 40% of the market share and are projected to increase to more than 60% at the end of their second year on the market. Just as important, data maintained by the Centers for Medicare and Medicaid Services demonstrate that the average sales price (ASP) for originator biologics has plummeted upon the introduction of biosimilar competition. For instance, Remicade’s price in the first quarter of 2021 is nearly 46% lower than its price just prior to competition from Inflectra in 2017.

However, a recent analysis conducted by several so-called experts of the natural monopoly hypothesis claims that competition is not working. Their research is flawed. For instance, their conclusions are based on what they call a blended price: the average of all prices, including the originator biologic.

The authors seem to believe that the blended price provides insight regarding competition. But, averages do not reveal discounts. For example, the average price of two products -- one branded, one generic -- could be $0.75 because the branded product sells for $1.00 and the generic sells for $0.50. But, perhaps the branded medicine sells for $1.25, and the generic sells for $0.25. These two discount scenarios vary significantly but arithmetically equal the same average price. Therefore, only knowing the average price tells us nothing about the size of the discount. The same logic applies to biologics. Hence, you cannot realize the discounts biosimilars create by averaging together originator and biosimilar prices.

Despite the questionable analytics, the data gathered still demonstrate that prices for biologics have declined, confirming that the principle of competition does apply to the biologic’s marketplace.

Most disturbing, the authors’ policy solutions do not address the underlying economics of why biosimilar adoption is lagging in certain therapeutic areas. For example, rebate contracting incentivizes formulary preference of higher-priced medicines that provide larger rebates for insurers and pharmacy benefit managers. Hence the preference for branded biologics instead of lower-priced biosimilars.

There is also no mention of how best to promote bundled payment models, which reimburses   health care providers" based on expected costs for clinically-defined episodes of care." Bundled payment models create incentives for lower-priced biosimilars by establishing a fixed payment for an episode of care. Bundled payments are often applied in oncology and supportive care, and unsurprisingly, biosimilars that treat cancer are a large share of total sales. Alternatively, bundled payments are rarely used for inflammatory diseases because of the complexity associated with calculating costs associated with chronic disease management. As expected, biosimilar uptake has taken longer to develop for treatments in these therapeutic areas.

Spending on biologics has been one of the primary drivers of rising drug spending. While biosimilar competition has taken time, their market share is substantial and growing. This growth demonstrates that biologics are not a natural monopoly. The best way to ensure continued innovation and general affordability is to implement policy reforms that prohibit rebate contracting and promote the use of bundled payments that obtain a competitive marketplace promoting the use of lower-priced medicines.

Robert Popovian, Pharm.D., MS., is chief science policy officer at Global Healthy Living Foundation and senior health policy fellow at Progressive Policy Institute. He has published extensively on the impact of biopharmaceuticals and health policies on costs and clinical outcomes in prominent medical sources and media publications such as Clinical Economics and Outcomes Research, The Oncologist, and Health Science Journal. He is also a speaker and has been invited to provide detailed presentations, briefings, and expert reviews for the U.S. Congress, dozens of state legislatures, and at conferences and medical symposiums worldwide.

Wayne Winegarden, Ph.D., is senior fellow and director of the Center for Medical Economics and Innovation at the Pacific Research Institute. His research explores the impacts of economic, health, pharmaceutical, fiscal, and energy policies. His editorials have been published in outlets such as Forbes, USA Today, The Wall Street Journal, Investor’s Business Daily, and The Hill. His consulting practice performs proprietary data analytical services that connect industry threats and opportunities to broader market dynamics and policy trends. Specific analytical services include pricing strategy analyses, product demand forecasting, industry outlooks, investment analyses, and the creation of pricing and tax models.