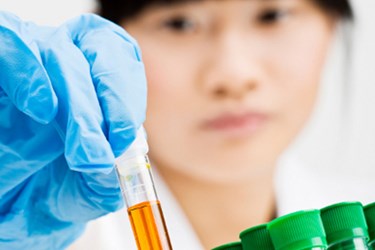 Under the terms of the contract, the NIH and its partner institutions will conduct research to discover and characterize new adjuvants for a period of five years. The first stage of the project will involve the screening of more than 1 million molecules while the second stage will identify how the most effective adjuvant candidates work. Findings from the study will be used to enhance vaccines’ efficacy while neutralizing any unwanted side effects. The last stage will involve testing the safety and efficacy of these vaccine candidates in animal models. Total funding for the project is estimated at $70 million.

NIAID Director Anthony S. Fauci said in the NIH press release that the research project aims to discover adjuvants that boost a vaccine’s influence on the immune system. “Such adjuvants could be used to improve current vaccines, extend the vaccine supply, or enhance vaccine efficacy in people with immature or weakened immune systems, such as infants and the elderly.”

Adjuvants are compounds that boost the effectiveness of vaccines’ protective ability. The U.S. Food and Drug Administration (FDA) has approved only three adjuvants to date for human use. These are alum, AS04, and AS03. Alum is used in many vaccines including those that protect against pneumococcal infections and hepatitis B. AS04 helps protect against infections that lead to cervical cancer, while AS03 is used against H5N1 bird flu.

Daniel Rotrosen, director of NIAID's Division of Allergy, Immunology and Transplantation which distributes the awards, said, “We expect that this research will expand the adjuvant pipeline and contribute to the development of new and improved vaccines against infectious diseases. With this new round of awards, we have expanded the research scope of our program to compounds that indirectly and directly stimulate adaptive immunity.”