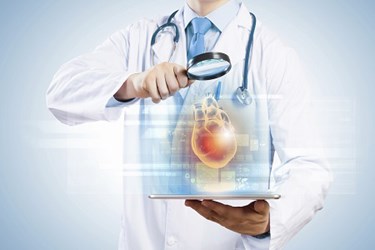 The National Institutes of Health (NIH) announced that it will award funds to support the next phase of the Tissue Chip for Drug Screening program, which will attempt to a build a human-like system to test drugs’ safety and efficacy.

The Tissue Chip program was a research collaboration launched in 2012 to enhance prediction of drug and treatment effects on the human body. Human tissue chips are in essence miniature models of living organ tissues put on transparent microchips that range in size from that of a quarter to that of a house key. The tissue chips are lined with living cells containing features that mimic the complex biological functions of specific organs. These include the heart, blood vessels, nervous system, blood-brain barrier, and kidney, among others. Tissue chips can also be designed to model tumors and metastasis.

Dr. Francis S. Collins, NIH Director, said, “The development of tissue chips is a remarkable marriage of biology and engineering, and has the potential to transform preclinical testing of candidate treatments, providing valuable tools for biomedical research.”

During the next phase of the Tissue Chip program, researchers will expand the use of induced pluripotent stem cell (iPSC) technology as a renewable human cell source for the program. The project team will collaborate over three years to fine-tune existing 3D human tissue chips and integrate them into a full body system to assess drugs. The researchers hope to develop platforms with the capacity to support 10 organ systems.

The National Center for Advancing Translational Sciences (NCATS) in collaboration with the NIH and the U.S. Food and Drug Administration (FDA) will lead the program which will support 11 institutions with $17 million this year. Additional support for the last two years will also be granted if funds are available.

NCATS Director Christopher P. Austin, said, “NCATS aims to get more treatments to more patients more efficiently. That is exactly why we are supporting the development of human tissue chip technology, which could be revolutionary in providing a faster, more cost-effective way of predicting the failure or success of drugs prior to investing in human clinical trials.”

Other institutions are also exploring the potential of tissue-on-a-chip technology. Harvard SEAS recently shared its development of a tissue-level model of the human airway for customized treatment of patients with asthma. Heart disease-on-a-chip was also developed to study the inherited cardiovascular disease Barth Syndrome. Last month, Wyss Institute announced an agreement with private company Emulate to commercialize its Organs-on-Chips technology.