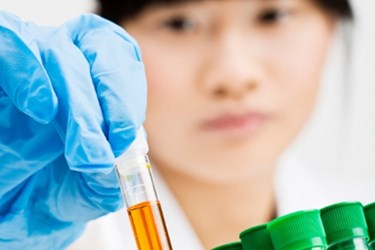 Affinivax, a biotech firm dedicated to the development of novel vaccines, announced its launch this week with a $4 million investment from the Bill & Melinda Gates Foundation to support the company’s Multiple Antigen Presenting System (MAPS) technology platform.

The company will initially target Streptococcus pneumoniae (pneumococcus) using its lead drug program. MAPS is used to develop conjugate vaccines that combine protective polysaccharides and proteins in a single shot. The platform enables the vaccine to induce a broad protective immune response from the individual thanks to its technology which leverages the highly specific and durable non-covalent binding between biotin and rhizavidin. Unlike conventional conjugate vaccines which only optimize antibody response to the polysaccharide antigen, a MAPS vaccine uses the functionality of conserved and protective B and T cell protein antigens from target pathogens to widen immune response to diseases.

The start-up’s MAPS vaccine against pneumococcal disease will use proprietary protein antigens to induce additional antibody responses to protect against a broader range of pneumococcal serotypes, as well as induce a T-cell response to cut down nasopharyngeal colonization. Affinivax reported it has gathered initial preclinical proof-of-concept for multiple MAPS vaccines and will advance its lead vaccine to clinical proof-of-concept in the near future.

“I am very excited about the launch of Affinivax and the opportunity to realize the full global potential of this new approach to vaccines. The company’s lead candidate targeting pneumococcal disease offers the potential to be the first vaccine of its kind, where both the protein and polysaccharide components contribute to provide broader immune protection than is currently available today,” said Dr. Richard Malley, Affinivax’s scientific founder and the developer of MAPS.

“Affinivax’s novel, next generation approach to vaccine conjugation offers the potential to harness the protective activities of both polysaccharide and protein antigens in a single formulation. By increasing the effectiveness and streamlining the development and manufacture of conjugate vaccines, we can make them more available to people in need throughout the world.” said Dr George Siber, Affinivax’s lead scientific advisor.

The company has established an exclusive license agreement with the Boston Children’s Hospital for the intellectual property rights to MAPS.