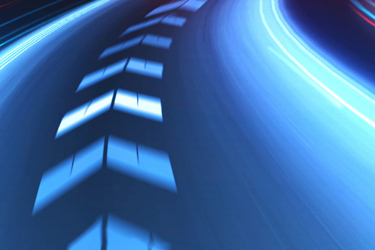 Biosimilars, follow-on biologic products, represent a significant opportunity to reduce the cost of treatment for various conditions, from chronic skin and bowel diseases to kidney conditions and cancer. Even though they have only been available to the U.S. market for a few years, most biosimilars in the United States still only have shares below 50%, which is far different than market shares in Europe. One reason cited for these low rates has been a mistrust around biosimilars’ safety and efficacy. Congress has stepped in to address that issue, however, through the Advancing Education on Biosimilars Act of 2021. Signed by President Biden on April 23, 2021, the new legislation aims to promote education on biosimilars. The ultimate goal is to encourage rapid uptake soon after biosimilars become commercially available.

Designation Confusion For Biosimilars In The US

Though biosimilar products now have this shortened approval pathway, the 15 biosimilars that have launched in the United States have had limited commercial impact compared to their counterparts in Europe. For example, Zarxio (filgrastim) a biosimilar for Neupogen and the first biosimilar approved by the FDA, launched in September 2015. One year later, Zarxio had obtained only about a 32% market share, and it just reached about a 55% market share in December 2020. In Europe, by contrast, 16 countries achieved greater than 90% biosimilar use for filgrastim by mid-2020. Although European biosimilars have been approved earlier and in greater numbers, they also have benefited from high levels of physician and patient awareness and acceptance of biosimilars. European countries have dedicated substantial resources to amassing clinical evidence demonstrating the safety and efficacy of biosimilars, and the resulting data has built public confidence in their use.

Lack Of Biosimilar Education For Physicians & Other Providers

In the United States, studies have found that physicians and patients lack familiarity and are not comfortable with biosimilars. Indeed, physicians tend to be more comfortable using biosimilars to initiate treatment for patients new to biologics rather than switching treatment for those already doing well on a reference product. Scholars have noted the importance of education in overcoming physicians’ reluctance to prescribe biosimilars.

One of the few biosimilar success stories in the United States further points to the importance of education. Kaiser Permanente (KP), a managed care organization with over 12 million members, has achieved close to 100% utilization for multiple biosimilars. As in Europe, KP has prioritized educating physicians within its network about biosimilars. KP has seized the initiative and regularly disseminates unbiased information and data about biosimilars to physicians.

How The Advancing Education On Biosimilars Act Aims To Help

Although the FDA already has some educational materials available on its website (see here), the Advancing Education on Biosimilars Act codifies and expands FDA’s educational outreach on biosimilars by mandating education for healthcare providers. Specifically, the Act describes that the head of the U.S. Department of Health and Human Services, which oversees the FDA, may satisfy the mandate by providing:

“(A) explanations of key statutory and regulatory terms, including ‘biosimilar’ and ‘interchangeable’, and clarification regarding the use of interchangeable biosimilar biological products;

These explanations, in addition to the relevant clinical standards and data, will surely assist efforts to bolster Americans’ confidence in biosimilars, though the act does not provide a time frame for the mandated education.

In codifying FDA’s existing educational activities, the new legislation demonstrates that Congress believes FDA to be responsible for providing education on biosimilars. And because it has an interest in FDA continuing to educate U.S. patients and physicians on biosimilars, Congress undoubtedly believes that biosimilars are safe, effective, and have a lot of potential in controlling costs.

The Advancing Education on Biosimilars Act could serve an important role in facilitating an informed dialogue between patients and physicians about biosimilar options. Although biologics account for a small percentage of drugs prescribed, they impose costs on our healthcare system that greatly exceed that percentage. Biosimilars are the principal means to lower those costs. Unfortunately, biosimilar uptake in the U.S. has been hindered by a lack of education on the part of physicians and patients. Through greater education, the United States can hope to achieve the same savings that European countries and KP enjoy.

Stacie Ropka, Ph.D., is a partner at Axinn. Her practice focuses on intellectual property litigation, due diligence, and client counseling, with an emphasis on the life sciences. Ropka’s experience includes extensive counseling for product development efforts relating to biologics and reconstructive biomaterials, including products that utilize adult stem cells. In addition, she regularly litigates Hatch-Waxman Paragraph IV patent infringement suits. Prior to attending law school, she held a faculty position at SUNY Upstate Medical University, where she spent many years as a research scientist in the fields of neurology, virology, and immunology.

Ted Mathias is a partner at Axinn who focuses on trying patent cases. In the last two years, he tried two cases to judgment and served as lead counsel in a case involving 33 patents that settled favorably on the eve of trial. Mathias has litigated patent cases and handled successful appeals to the Federal Circuit in the areas of medical devices, pharmaceuticals, mechanical devices, e-commerce, and software. Clients frequently turn to him for guidance on patent remedies and competition issues that arise in connection with patent disputes.

Ramya Auroprem is an associate in the intellectual property group at Axinn. Her practice focuses on patent litigation, particularly cases involving wireless communications technology. Her experience includes matters before the federal courts and the United States International Trade Commission.