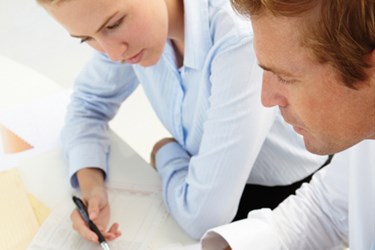 Clinical stage drug discovery company Neurocrine Biosciences reported that it has initiated the clinical trial of its VMAT2 inhibitor NBI-98854 in adult and pediatric patients with Tourette syndrome.

NBI-98854 is a proprietary small molecule that inhibits Vesicular Monoamine Transporter 2 (VMAT2), a protein found in the brain which repackages monoamines such as dopamine in pre-synaptic neurons. NBI-98854 modulates the release of dopamine during nerve communication while minimally affecting other monoamines to reduce unintended side effects. The drug’s mechanism of action is intended to address the symptoms of a hyperdopaminergic state, such as those of Tourette syndrome, schizophrenia, and Huntington’s chorea.

The drug’s safety and tolerability will be evaluated in the open label, multi-dose, two-week T-Force study involving 36 patients with Tourette syndrome. NBI-98854’s efficacy in addressing the disease’s symptoms in patients will be assessed with the Yale Global Tic Severity Scale and the Premonitory Urge for Tics Scale. Results from the study are expected to be available by next year.

“Advancing NBI-98854 into clinical evaluation of Tourette syndrome represents another significant achievement for our VMAT2 franchise. An important aspect of this initial Tourette syndrome trial is that we are exploring NBI-98854 in children age six to eleven, the target age range for therapy,” explains Kevin Gorman, president and CEO of Neurocrine Biosciences.

Tourette syndrome is a neurological disorder characterized by rapid, non-rhythmic motor and vocal tics. Common motor tics include facial grimacing, head jerks, and other movements. Typical vocal tics include repetitive words and phrases as well as grunting and throat clearing. The disease affects more males than females and is linked with attention deficit hyperactivity disorder and obsessive compulsive disorder. Tourette syndrome afflicts an estimated 400,000 people in the U.S.

The company declared that it will begin a separate Phase 3 pivotal study evaluating NBI-98854 in tardive dyskinesia in the last quarter of 2014. Neurocrine presented results from the KINECT 1 and KINECT 2 studies in tardive dyskinesia at the 2014 Annual Congress of Parkinson's Disease and Movement Disorders in Stockholm Sweden in June.