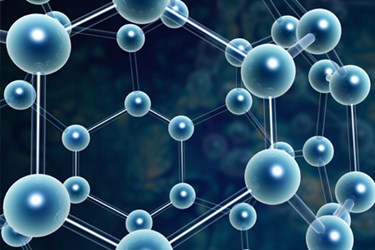 Researchers at the Brigham and Women's Hospital (BWH) reported the results of a new study investigating a natural molecule that can be used as a potential treatment to reverse autoimmune response and disease progression.

The research team discovered that NAD+, a natural molecule present in living cells, plants, and food have the ability to change the immune response of ‘destructive’ autoimmune cells into ‘protective’ cells. NAD+ can also restore tissues that have been damaged by autoimmunity, in turn reversing autoimmune disease progression.

Using autoimmune encephalomyelitis, a preclinical model for human multiple sclerosis, the team found that NAD+ blocks acute or chronic inflammation by modulating the differentiation of CD4+ T immune cells. Mice that received the immune cells with NAD+ saw delayed onset of the disease and experienced a less severe form of the autoimmune disorder as a manifestation of NAD+’s protective ability. The team also showed that the molecule played an important role in restoring tissue integrity.

The scientists said they hope the molecule will be well-tolerated by patients since it is naturally found in all living cells. “This is a universal molecule that can potentially treat not only autoimmune diseases, but other acute or chronic conditions such as allergy, chronic obstructive pulmonary disease, sepsis, and immunodeficiency,” said Dr. Stefan G. Tullius, lead study author and BWH Chief of Transplant Surgery and Director of Transplantation Surgery Research.

"Our study is the first to show that NAD+ can tune the immune response and restore tissue integrity by activating stem cells. These findings are very novel and may serve for the development of novel therapeutics,” said Dr. Abdallah ElKhal, senior study author, BWH Division of Transplant Surgery and Transplantation Surgery Research Laboratory.

The team is now testing other pathways to assess the clinical potential of NAD+. The study results were published this week in Nature Communications.