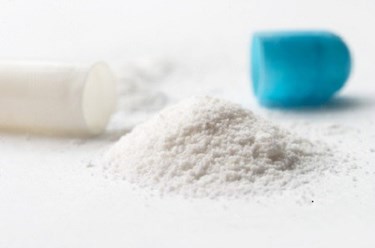 A team of chemists from the Massachusetts Institute of Technology (MIT) reported that they have turned to bacillus anthracis bacteria, the culprit behind anthrax infection, in order to deliver cancer drugs more effectively.

Led by Bradley Pentelute, the Pfizer-Laubauch Career Development Assistant Professor of Chemistry at MIT, the team used the modified version of the anthrax toxin to successfully deliver two proteins to kill cancer cells. The team of MIT chemists used proteins called antibody mimics, which disrupt specific proteins inside the cells to kill them. While antibodies are used in drugs against cancer — as is the case with Herceptin in breast tumors — these antibodies often encounter barriers that make it difficult to penetrate cells. This results in many therapeutic targets being “undruggable,” Pentelute says.

Professor Pentelute and his team looked at how anthrax toxins penetrate cells and began exploring ways to deliver small protein molecules as vaccines. “Anthrax toxin is a professional at delivering large enzymes into cells. We wondered if we could render anthrax toxin nontoxic and use it as a platform to deliver antibody drugs into cells,” he said.

The scientists disarmed the anthrax toxin by removing the sections responsible for the bacteria’s toxic activities while keeping intact the sections that enable the proteins to enter cells. The toxic regions were instead replaced with antibody mimics. When the modified anthrax toxin connected to the receptors found on most mammalian cells, it also carried the antibodies inside.

Using the anthrax bacteria, the team successfully targeted the Bcr-Abl protein that caused chronic myeloid leukemia. Disruption of Bcr-Abl resulted in the programmed cell suicide of the cancer cells. The same strategy also proved successful in blocking the protein hRaf-1, which is overactive in numerous cancers.

“This work represents a prominent advance in the drug-delivery field. Given the efficient protein delivery Pentelute and colleagues achieved with this technology compared to a traditional cell-penetrating peptide, studies to translate these findings to in vivo disease models will be highly anticipated,” said Jennifer Cochran, an associate professor of bioengineering at Stanford University. The team is currently testing the approach to treat tumors in mice models of disease, as well as delivering the antibody mimics to certain cell types.

The research team published their findings in a report entitled “Delivery of Antibody Mimics into Mammalian Cells via Anthrax Toxin Protective Antigen” in the journal ChemBioChem.