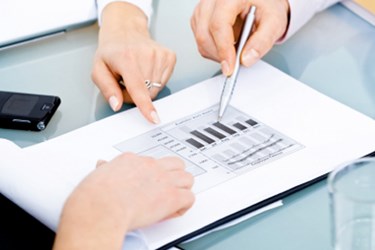 Merck announced that it will present interim data from the proof-of-concept study investigating the company’s triple-therapy comprised of grazoprevir and elbasvir together with the nucleotide inhibitor sofosbuvir for the Hepatitis C virus (HCV).

The company’s triple-drug regimen comprises the fixed dose combination of grazoprevir/elbasvir (MK-5172/MK-8742, MK-5172A) in combination with sofosbuvir. Grazoprevir is an NS3/4A protease inhibitor and elbasvir is a NS5A inhibitor. Sofosbuvir is manufactured and marketed as Sovaldi by Gilead Sciences.

The C-SWIFT trial enrolled 102 patients with HCV genotype 1 (GT1a and GT1b) infection who have not undergone treatment. The patients were randomized to receive the FDC grazoprevir/ elbasvir plus sofosbuvir for either eight or six weeks. The study’s primary endpoint is the percentage of patients achieving sustained virologic response 12 weeks after finishing treatment (SVR12).

Merck reported that the investigational triple-drug HCV regimen showed SVR12 response rates ranging from 80 to 94.7 percent in cirrhotic and non-cirrhotic patients after six and eight weeks of treatment in the study. The combination treatment of grazoprevir/elbasvir and sofosbuvir was reported to be well-tolerated in general.

Dr. Eric Lawitz, VP of scientific and research development at The Texas Liver Institute in San Antonio, said, “These interim data provide a compelling proof-of-concept for the potential of an eight-or six-week triple therapy course in treatment-naive patients with genotype 1 disease, including cirrhotic patients. These findings will inform the design of larger studies aimed at understanding the potential of short-duration triple therapy across multiple patient types.”

Based on the initial C-SWIFT findings and early data, Merck said it plans to pursue further development for two short-term triple-drug HCV regimens. These are MK-3682 plus grazoprevir/elbasvir, and MK-3682 with grazoprevir plus the early-stage NS5A inhibitor MK-8408, in non-cirrhotic HCV patients. Dr. Eliav Barr, VP of infectious diseases at Merck Research Laboratories, said, “Our goal is to establish a simple, effective, well-tolerated regimen that is applicable across the diverse population of patients with HCV. The preliminary data provide us with the confidence to initiate our C-CREST study to evaluate a triple combination comprising Merck’s investigational candidates from three major therapeutic classes of HCV medicines.”

The company said the findings will be presented by Dr. Lawitz in a late-breaking abstract session at the 65th American Association for the Study of Liver Diseases (AASLD) Annual Meeting, also called The Liver Meeting.