Merck KGaA To Acquire Sigma-Aldrich For $17B 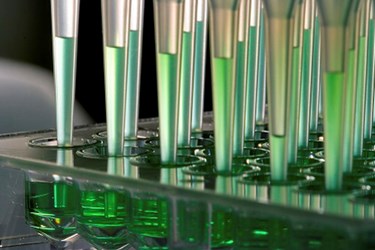 Under the terms of the agreement, Merck will buy Sigma-Aldrich for $140 per share in cash, representing a premium of 37 percent of the company’s closing price at $102.37 last Friday. The company’s board of directors has given its unanimous approval, but the transaction will still be subject to approval of over half of Sigma-Aldrich’s shareholders. The $17 billion acquisition, expected to close next year, is the biggest acquisition in Merck KGaA’s history following its 2006 takeover of Swiss biotech firm Serono.

Merck stated that the acquisition will save the company around $340 million in costs within three years through the combination of manufacturing facilities from both firms. It will also help the company to increase its focus on supplying chemicals and biological materials to pharmaceutical companies and academic institutions, which could provide a more stable source of income compared to drug discovery and development.

According to analysts, Sigma-Aldrich will help prop up Merck’s operations in several important places. Whereas Merck’s products are used in the manufacture of pharmaceutical products, Sigma-Aldrich’s are used in the initial stages of drug discovery and development. Together, the two companies will be able to offer products and services that address the entire drug development cycle from discovery to manufacture. The merger of the companies’ lab supplies business will help gain the company more exposure in Asia and North America.

Karl-Ludwig Kley, Chairman of Merck KGaA, Darmstadt, Germany’s Executive Board, described the transaction as a ‘quantum leap’ for the company’s life science business. “This transaction marks a milestone on our transformation journey aimed at turning our three businesses into sustainable growth platforms… As such, the combination of Merck KGaA, Darmstadt, Germany, and Sigma-Aldrich will secure stable growth and profitability in an industry that is driven by trends, such as the globalization of research and manufacturing.”

Rakesh Sachdev, President and CEO of Sigma-Aldrich, said that the transaction will result in a combined company that will offer a wider range of products and capabilities as well as a distribution platform in the pharmaceutical industry. “We are excited to join forces with Merck KGaA, Darmstadt, Germany…We believe this is a very positive outcome for our shareholders, who will receive a significant premium, and our employees, who will benefit from enhanced opportunities as part of a larger, more global organization.”

Merck’s own shares rose in wake of the announcement and were trading 8.9 percent higher at 75.82 euros.