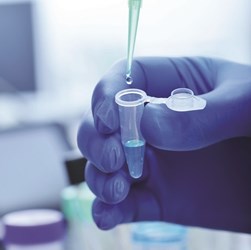 Merck announced that it has partnered with NewLink Genetics in an exclusive global license agreement to develop NewLink’s rVSV-EBOV (Ebola) vaccine candidate.

Under the terms of the collaboration, Merck gains exclusive rights to the rVSV-EBOV Ebola vaccine and any other products resulting from the collaboration. NewLink will receive $50 million— $30 million upfront and another $20 million following the initiation of planned clinical trials. The Public Health Agency of Canada (PHAC), which originally developed the vaccine, retains non-commercial rights to the vaccine lead.

rVSV-EBOV is presently being tested in Phase 1 clinical trial at the Walter Reed Army Institute of Research and the National Institute of Allergy and Infectious Diseases (NIAID) at the U.S. National Institutes of Health (NIH). It is slated to undergo a randomized and controlled Phase 3 study to be conducted by the NIH in early 2015. The NIH plans to investigate another Ebola vaccine jointly developed by Merck rival GlaxoSmithKline and NIAID.

More than 5,400 people have died from the Ebola outbreak this year, the worst record for the disease in history. Dr. Julie Gerberding, president of Merck Vaccines, said, “Effective Ebola vaccines will be a critical component of comprehensive prevention and control measures for people at risk of Ebola virus infection and to stem future outbreaks globally.” Dr. Gerberding added that the company hopes its collaboration with NewLink will be fruitful in addressing the urgent health priority of the outbreak.

Dr. Charles Link, chairman and CEO of NewLink Genetics, said, “Merck's vaccine development expertise… makes it an ideal partner to expedite the development of rVSV-EBOV and, if demonstrated to be efficacious and well-tolerated, to make it available to individuals and communities at risk of Ebola virus infection around the world.”

The companies said additional Phase 1 studies for the vaccine will be conducted soon in Canada and other countries, including Kenya and Gabon in coordination with the World Health Organization (WHO).