Lilly To Streamline Manufacturing Operations In 2015 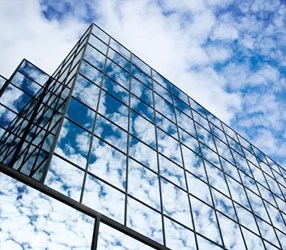 Eli Lilly announced its plans to close one of its three manufacturing plants in Puerto Rico by the end of next year. The company said the decision is part of its strategy to realign its manufacturing operations in the country.

In its press release, the company said it intends to close production at its Guayama site and sell the facility. Operations will continue as usual until the end of 2015. All of Lilly’s approximately 100 non-contracted employees will be offered positions at the company’s Carolina site in the northeastern part of Puerto Rico.

The Daily Reporter reports that the decision to close the site is due to the patent expiration of several drugs manufactured at the plant, which serves to lessen the potential market value of those drugs as generic versions begin to penetrate the market.

“The decision to conclude operations at Guayama is based upon the evolution of the company's pipeline, which includes a growing insulin and biologics portfolio, coupled with a less capacity-intensive small molecule portfolio… As we assessed our long-term capacity needs, the company made the business decision to conclude manufacturing at the site,” said Dr. Paul Ahern, SVP of Global Active Pharmaceutical Ingredient and Dry Products Manufacturing.

Maria Crowe, president for Lilly's Global Manufacturing Operations, said, “For nearly 50 years, Puerto Rico has served as a major manufacturing location for Lilly, and it will remain so in the future. We have talented and experienced colleagues in Puerto Rico, and we are pleased to be able to maintain employment opportunities for the Lilly employees affected by this decision.”

Lilly said it will take a pre-tax charge of $170 million in the last quarter of 2014 as a result of the site closure. The company also said it will continue to make investments in its remaining two facilities in Puerto Rico.