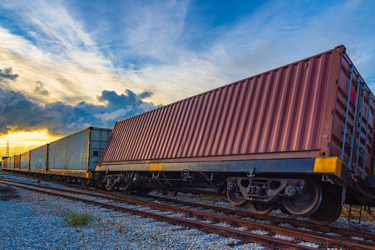 The pharmaceutical, biopharmaceutical, and medical device industries have been in constant flux in recent years as a result of organizational changes, mergers/acquisitions, and the introduction of new technology systems. Sponsor companies must learn to swiftly adapt to meet the demands of these new market conditions, and this often requires working with consultants while simultaneously improving upon their own internal capabilities.

This article discusses my experiences and perspectives on this engagement, including best practices and lessons learned that other life sciences sponsor companies can apply in their interactions with their consultants.

I was initially hired as a consultant in a QA CSV/IT capacity at one of the client’s U.S. subsidiary companies. My mandates were as follows:

As a result of successfully completing these tasks, the client extended my contract several times beyond the original scope of work. In addition, the client asked me to work at the parent company’s site outside the U.S., after the assigned tasks/projects at the subsidiary were completed.

In my first week at the parent company, I began reading and understanding the SOPs that were part of the training to acquire signing authority in the QA CSV/IT role. I noticed that the SOPs were written in two languages and that the English version was positioned toward the end of the combined document. I also observed some grammatical and sentence structural errors, along with a lack of logical flow (lack of logic continuity) in technical content with respect to CSV, IT validation, and automation systems validations, etc. Furthermore, the paragraphs illustrating the emphasis of the SOPs or intended uses were written very vaguely at best.

This resulted in a culture in which many of the full-time workers, including many of their most experienced scientists, were constantly interrupting management on a daily basis to request additional clarity. The SOPs, even though approved by management, were not clearly written to reflect what needed to be completed chronologically, in parallel, or in series.

For example, one of the SOPs for analyzing samples directed adding hydrochloric acid when performing a certain step, using as much as needed to create X reaction. However, the SOP did not indicate what would happen if one added too much hydrochloric acid or what the expected minimum and maximum allowable amounts should be added at that step. A more specific instruction, such as, for example, stating that hydrochloric acid should be added until the pH is 4, would avoid having scientists continuously barging into the management office to ask questions. The lack of specific direction was causing numerous interruptions daily, reducing the ability of both management and scientists to work efficiently and effectively.

Rather than assuming that what was initially written for the research and development (R&D) department many years ago would be “good enough” to be used when analyzing cGMP engineering runs or manufacturing runs, I recommended a total revamp of the existing SOPs, whether for related laboratory or manufacturing applications, before using them in those applications.

However, if time is restricted, such that these SOPs must be adjusted/corrected in parallel or on the fly, then a designated leader should be assigned for each segment of the manufacturing process. This should be someone in a Project/Engineering Manufacturing Management role or other applicable authority (not a QA lead with insufficient manufacturing, validation, or engineering experience) who could discuss updates to the SOPs, on a daily or two to three times a week basis, with the relevant designee or author of the SOPs. Consequently, the SOPs would remain as a “work in progress” version until they are ready to be submitted – as quickly as possible – in their finalized state as the next revision.

NOTE: Any updates to the next revision can potentially occur from one week later to a month or months later depending on the level of complexity commensurate with the level of risk of approving the selected SOPs as quickly as possible within the bandwidth available.

I also recommended that the client put the primary language conundrum aside, as well as other non-value-added unsubstantiated opinions or assumptions. Instead, the company should focus on what was clearly portrayed in writing and in the daily, weekly, and monthly verbal communications agreed upon by the entire team, including management, that were derived through various brainstorming sessions, educational/training sessions, and writing sessions.

Adhering to this practice and maintaining discipline with respect to the aforementioned recommendations will help the team focus on the agreed list of tasks, which in turn will increase the probability that the project would be successfully completed. At the same time, the company could maintain a “baseline quality” that is intended to be subsequently improved in the next review/approval iteration cycle by using the system design life cycle approach. Instead, changes were made months later that were authorized by a single person (an inexperienced QA lead with insufficient overall manufacturing, validation, engineering, and FDA inspection experience), without the agreement of other management stakeholders.  This resulted in throwing away all the previous lesson learned and tasks that were agreed upon months before by all stakeholders involved.  The authorized QA lead subsequently replied that “We do not have time,” which angered the other stakeholders.

I was initially given the authorization to promptly review, provide recommendations, and approve computer system validation protocols. I recommended the following to avoid unnecessary deviations that could cause additional unforeseen delays in the project:

However, because it was later known that there were many other protocols that had to be rewritten in this fashion, the QA lead told me that due to time constraints, unless there was something really wrong with the steps not working, I should simply sign/approve the next stack of protocols, even though the protocols were not in congruence with what I initially suggested.

The remainder of the protocols were executed as outlined by the QA lead, but the protocols that I initially indicated needed to be written were not rewritten. This led to the generation of unnecessary deviations, and the project subsequently came to a screeching halt.

It is always best practice to write test scripts as coherently as possible so that all intended actions, including prerequisite steps, expected results, and actual results, including the corresponding screenshots (readable and clear), are in alignment with the intended uses of the protocol. Otherwise, a number of deviations may need to be written, causing even more delays. This will also facilitate the explanations by the relevant stakeholders to the auditee and/or auditors during an FDA inspection.

The client wanted to establish a sampling plan instead of continuing to conduct manual review of data output from its enterprise resource planning (ERP) software. Based on their research, they decided to use ASQ Z1.4-2003 standard.

In performing my own research, I discovered that an updated version of the standard had been published in 2018 (ASQ Z1.4-2003 R2018), which I brought to the attention of the client. I recommended that the client either (A) prepare a defense showing that the changes do not affect the validity of its current CSV approach, in the event the FDA raises any questions, or (B) purchase the inexpensive current online version for immediate use. However, the client was in a hurry to complete the project, and so they replied (essentially), “statistics is statistics, and methods never change” and decided to use the 2003 version of the ASQ standard without preparing a defense.

It is always advisable to use current standards in conducting computer system / IT validation — or at a minimum develop a defense for using an older version, so you are prepared should auditors or FDA inspectors question your approach. If the FDA inspector deems your rationale unacceptable, they may question other aspects your validation protocol that they originally did not intended to examine.

The lessons learned in this paper led to recommendations to ameliorate the previous ways the company was conducting its business so it could move forward with the smallest number of potential FDA 483s and warning letters, as well as with increased project efficiency and effectiveness. Other sponsor companies that want to conduct business in the U.S. should follow the best practices stipulated in this article to ensure the process of obtaining licensure for their facility goes quickly and smoothly.

Allan Marinelli has over 25 years of global cGMP experience (FDA, EMA, SFDA, KFDA, WHO, etc.). He is currently president/CEO of Quality Validation 360 Inc., providing consultation services to the (bio)pharmaceutical, medical device, and vaccine industries. Marinelli has authored 59 publications, including peer-reviewed papers (Institute of Validation Technology), chapters of PDA books, articles in ASQ journals, online articles (Life Science Leader, Pharmaceutical Online, Bioprocess Online, Outsourced Pharma, etc.). He has provided comments to ISPE’s Baseline Guides and recently conducted reviews of the new ISPE Good Practice Guide drafts on data integrity by design and equipment reliability. You can contact him at amarinelli360@gmail.com and connect with him on LinkedIn.