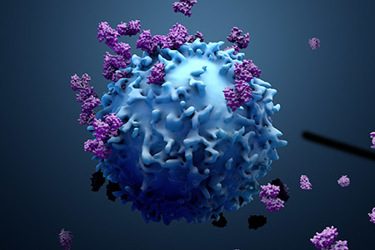 The market approval of chimeric antigen receptor (CAR) T cell therapies together with the continuous emerging number of CAR-based ex vivo and in vivo targeted products has created huge demand for the supply of large quantities of high-quality grade lentiviral vectors (LV). Production of LV using producer cell lines (PCLs) is desirable due to reduced costs, ability to scale to large volumes, improved batch consistency and increased streamlined production process when compared to LV produced by the standard transient transfection manufacturing process. However, the development of PCL LV-CAR cells lines has been extremely challenging as it was found that constitutive expression of the CAR molecules can have a detrimental effect on the survival of PCLs. One solution would be to repress the CAR expression in the stable cell line using technology such as the TRiP system™.

Extensive work has been performed to improve the efficiency of the TRiP™ system to repress expression of the transgene(s) in the PCLs. In parallel, Oxford Biomedica has successfully implemented a cell line development platform that enables the generation of PCLs directly in suspension, in accelerated timelines. In combination, these technologies have enabled the successful generation of highly promising suspension PCL LV-CAR clones.