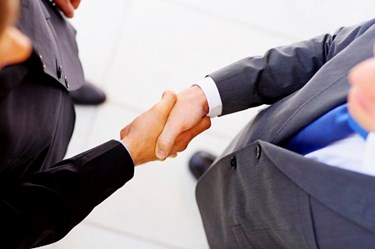 Moderna Therapeutics, Karolinska Institutet (KI), and Karolinska University Hospital (KUH) have joined forces to discover and develop drugs using messenger RNA (mRNA) Therapeutics technology. mRNA Therapeutics allows the in vivo production of secreted and intracellular proteins, opening the way for faster drug development and manufacturing. The platform allows for the testing of mRNA therapeutic products in just a few weeks and progress from concept to first-in-human studies in under a year.

As part of the agreement, Moderna will provide research grants for scientists from both Karolinska institutions to support preclinical research with new mRNA Therapeutics products. At the completion of the preclinical stage, Moderna will take the lead in conducting clinical trials of new drug leads at the Karolinska University Hospital. The company has also agreed to build a new laboratory facility adjacent to the Karolinska University Hospital Huddinge campus in Stockholm, Sweden.

Professor Hans-Gustaf Ljunggren, Dean of Research at Karolinska Institutet, said, “This project is an important step in advancing medical science. It will help achieve our common goal of rapidly advancing new drug candidates into the clinic.”

Stephane Bancel, President and founding CEO of Moderna, said that the company is increasing its investment in its proprietary mRNA Therapeutics technology. “This partnership puts our mRNA Therapeutics platform in the hands of Karolinska's world-class scientists and clinical researchers to develop new drugs and therapeutic approaches that cannot be done with small molecules or biologics - bringing new hope to patients with serious diseases.” He added that the collaboration with the academic medical institution is crucial to realizing the potential of the company’s drug technology.

Karolinska Development, in partnership with Karolinska Institutet, recently announced that its company Clanotech has received orphan drug designation in the EU for its anti-fibrotic and anti-angiogenic candidate drug CLT-28643.