Janssen To Present Data On Imbruvica At ASH 2014 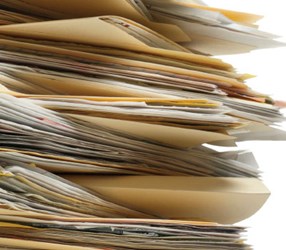 Johnson & Johnson company Janssen R&D reported that it will present new data from its oncology portfolio in over eight diseases at the 56th American Society of Hematology (ASH) Annual Meeting to be held next month in San Francisco, California.

Over 40 abstracts from four of the company’s cancer drugs will be presented at the Meeting. These drugs include Imbruvica (ibrutinib), daratumumab, Sylvant (siltuximab) and Doxil (doxorubicin HCl liposome injection).

Of these, Imbruvica is particularly significant. The drug is Janssen’s oral once-daily therapy indicated for mantle cell lymphoma (MCL) and chronic lymphocytic leukemia (CLL). Imbruvica is currently undergoing a number of trials conducted by either Janssen or its partner Pharmacyclics. The following are some of the data abstracts to be presented for Imbruvica in ASH:

Last month the partners filed a supplemental New Drug Application (sNDA) with the FDA for Imbruvica as treatment for Waldenstrom's macroglobulinemia (WM), a rare type of B-cell lymphoma.

Dr. Peter F. Lebowitz, Global Oncology Head at Janssen, said that the amount of data presented at ASH underlines the company’s focus on its cancer portfolio. “We're particularly excited about the ibrutinib data, which will be featured in nearly three dozen presentations across eight distinct disease areas. Additional studies submitted by external groups will include ibrutinib and other treatments used in combination.” Dr. Lebowitz said the company will also discuss positive early results for daratumumab in multiple myeloma.