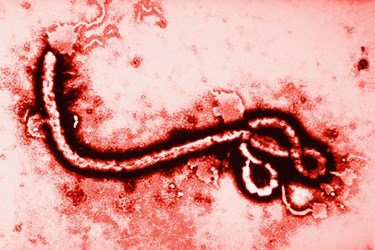 Johnson & Johnson announced that it is committing up to $200 million to speed and expand its production of an Ebola vaccine under development at its subsidiary Janssen Pharmaceuticals.

The company is currently in collaboration with Denmark-based biotech Bavarian Nordic to develop an investigational combination vaccine regimen comprising a preventive vaccine from Janssen and a vaccine from Bavarian Nordic. The companies first joined forces to fast-track the development and clinical testing of the vaccine program. As part of their agreement, Bavarian Nordic will receive an equity investment from J&J. Janssen will lead the funding and development of the vaccine’s two components.

The combination vaccine is made up of two vaccine components based on Janssen company Crucell Holland’s AdVac technology and Bavarian Nordic’s MVA-BN technology. The monovalent vaccine is being developed to target the Zaire strain of the Ebola virus, which has devastated West Africa and claimed more than 4,500 lives since its outbreak earlier this year.

Johan Van Hoof, Global Head of Infectious Diseases and Vaccines division at Janssen, said, “In preclinical testing conducted in partnership with the National Institutes of Health, the combination vaccine regimen has shown complete protection against Ebola. Using our PER.C6 high density cell production technology, we have been able to produce large quantities of the Janssen component of the vaccine regimen in testing batches, and we have already started production toward our goal to have these vaccines available for clinical testing in the next several months.”

J&J said a clinical trial investigating safety and immunogenicity would begin in early January next year and will involve healthy volunteers from the U.S., EU, and Africa. The company stated that it is aiming to ramp up production to more than 1 million doses of the combination vaccine regimen by 2015, with a targeted 250,000 ready for release by May next year.

The company is also reported to be in talks with fellow big pharma GlaxoSmithKline for the development of experimental Ebola vaccines. GSK itself is aiming to bring an effective Ebola vaccine online by 2015, along with other companies such as NewLink and Amgen. This week Amgen announced its partnership with the Bill & Melinda Gates Foundation to facilitate faster production of Zmapp, the investigational Ebola treatment given to two U.S. health workers who recovered from the disease.

J&J’s vaccine program is among several programs supported by National Institutes of Health (NIH) in an effort to expedite the development of vaccines against the deadly virus. Robin Robinson, Director of the Biomedical Advanced Research and Development Authority (BARDA), was quoted by Reuters saying that the U.S. government “is working with partners around the world as quickly as possible to advance the development of multiple vaccine and therapeutic candidates for clinical evaluation and future use in preventing or treating Ebola.”