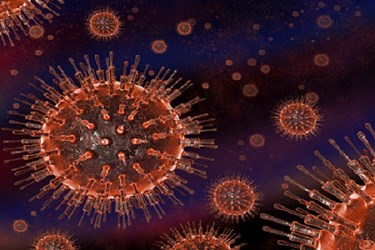 Johnson & Johnson and its company Janssen announced the acquisition of privately held clinical stage Alios BioPharma for an estimated $1.75 billion.

The acquisition gives J&J access to Alios’ potential therapies against viral infections, including influenza and rhinoviruses among others. One of Alios’ most promising investigational antiviral therapies is AL-8176, an oral antiviral drug currently undergoing Phase 2 studies for the treatment of infants with respiratory syncytial virus (RSV).

“We are excited that this acquisition will enable us to explore treatment options for a number of viral infections, including RSV, the last of the major pediatric diseases with no available preventive therapy,” said Dr. William N. Hait, Global Head of R&D at Janssen Pharmaceutical Companies of Johnson & Johnson. He adds that AL-8176 will be a good fit for the company’s current lineup of early stage drugs targeting RSV.

While the price J&J paid for Alios is seen as steep by some, the Wall Street Journal reports, one Sanford C. Bernstein analyst, Derrick Sung, says that this could be a huge opportunity for the company, given the need for treatments for RSV. Indeed, much of the chatter amongst analysts, the WSJ says, circles around the potential of Alios’ drug portfolio, and in particular the potential of AL-8176 to help patients conquer RSV, which, according to Hait, is the most common cause of acute lower respiratory infection in pediatric patients younger than five years old.

“Alios BioPharma's pipeline is closely aligned with our vision to continue to address important unmet medical needs through scientific innovation. This acquisition will allow us to… deliver novel medicines and treatment options for patients worldwide,” adds Johan Van Hoof, Global Head of Infectious Diseases and Vaccines at Janssen. The WSJ also reports that, along with AL-8176, J&J will gain two early-stage hepatitis C treatments that could help the company take a stand in the competitive HCV market. The company currently markets Olysio for those with HCV.

The acquisition will also position J&J in the front lines of viral disease treatments alongside rivals Gilead Sciences and AstraZeneca, according to Investor’s Business Daily. AstraZeneca markets the $1 billion-a-year Synagis, which prevents RSV infections in high-risk infants, while the maker of blockbuster drug Sovaldi is conducting Phase 2 trials for its investigational RSV drug GS-5806.

J&J said that its acquisition of Alios is expected to be completed in the last quarter of 2014.