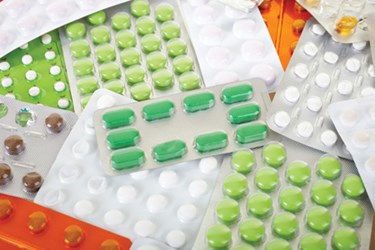 Insys Therapeutics announced that the FDA has granted another orphan drug designation (ODD) for its pharmaceutical cannabidiol (CBD) for the treatment of glioblastoma multiforme (GBM), a common and aggressive form of malignant brain tumor. This is the second such designation for Insys’ CBD and the third for cannabis-based pharmaceuticals.

The Orphan Drug Act, originally passed in 1983, is intended to incentivize the research and development of treatments for rare diseases affecting less than 200,000 people, Because these endeavors are unlikely to recoup their initial investments, the FDA designation waives the drug user fee and offers the sponsor market exclusivity for seven years and tax breaks on the development of clinical trials.

According to the American Brain Tumor Association, GBM represents 17 percent of all primary brain tumors and is highly aggressive with a limited prognosis. Because these tumors contain so many different kinds of cells, any one therapy will have mixed results. Current treatments include a mix of chemotherapy, radiation and, if possible, surgery.

Micheal Babich, president of Insys, said, “We are pleased to have received orphan drug designation for this aggressive and often incurable form of brain cancer.”

The FDA previously granted ODD to Insys’ CBD for the treatment of rare forms of epilepsy, Lennox-Gastaut Syndrome and Dravet Syndrome. Following the success of their most recent application, the company indicated its intention to pursue more uses of the CBD, including adult epilepsy, chemotherapy-induced peripheral neuropathy, and several types of drug addiction.

While the uses and success of medical marijuana have been the subject of debate for some time, companies like Insys have been pursuing the idea of using cannabis-derived compounds in more traditional pharmaceutical delivery methods.

GW Pharma, a U.K. based company, received ODD in 2013 for Epidiolex, an injectable treatment for rare forms of childhood epilepsy. GW Pharma, which has been developing cannabis-based treatments since 1998, only recently broken through into negotiations with the FDA. Their success has paved the way for other similar companies.

Justin Gover, CEO of GW Pharma, told The Telegraph, “The prospect of cannabinoids as therapeutics is [now] much more commonly understood and appreciated. In 1998, people would say that [people feel better] because they’re high. Now it seems more obvious there are medical properties here which need to be explored further.”