In-Process Bioburden Testing Of Pharmaceuticals: The Story Behind The Data 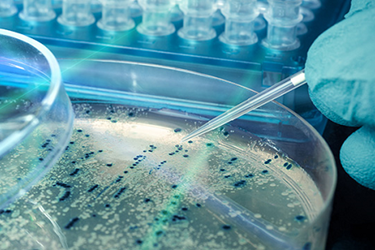 In-process bioburden testing is performed to analyze the quantities and types of microorganisms in the manufacturing process. For the data to be accurate, the method must be properly developed and validated. Trending of the data is useful because it can be used to monitor adverse trends, seasonal fluctuations, and even the microbial load on sterilizing filters. But, that is not all. There is often a story with the data -- a story that could tell the tale of the most probable root cause during an out-of-specification investigation and that could reveal evidence of inadvertent contamination or undetected festering biofilms.

This article looks at in-process bioburden testing and the importance of establishing accurate data and routinely monitoring the data for adverse trends. It also discusses the importance of evaluating periodic data spikes and a hypothetical case study where the evaluation of such data spikes could have prevented a full manufacturing shutdown.

Overview Of The In-Process Bioburden Test

The bioburden assay for in-process testing of pharmaceuticals is central to understanding the types and amounts of microorganisms in the product during the manufacturing process. The assay screens for aerobic mesophilic bacteria and fungi, and the resulting data gives a preliminary indication of the quality of the final product. For example, it could be inferred from the resulting data that the final product will be unadulterated with foreign microbial material, safe for the consumer, and, potentially, that the product will react the way it is intended.

Certain microorganisms can adversely impact (i.e., reduce or inactivate) the activity of products and affect the health of patients.2 “Monitoring of in-process bioburden of pharmaceutical components and products is an essential element of the overall contamination-control program for appropriate sterilization process control.”3

The bioburden assay is similar to the methodology utilized in the microbial enumeration test discussed in United States Pharmacopeia (USP) <61>, Microbiological Examination of Nonsterile Products: Microbial Enumeration Tests. The methodology for the bioburden test is commonly modified from USP <61>, USP <71> Sterility Tests, and water-testing guidelines, such as USP <1231> Water for Pharmaceutical Purposes. The assay is a regulatory expectation that has been in existence for some time and is mentioned in FDA warning letters. Some applicable regulatory and general guidance documents are as follows:

Bioburden reduction should occur throughout the sterile product manufacturing process.1 Knowing the in-process bioburden specification will enable streamlining the method development and validation process. Depending on the product, some bioburden specifications may be established in guidance documents, while others must be calculated or scientifically justified based on the manufacturing process or historical data. USP <1111> lists some acceptance criteria for non-sterile products, including the recommended total aerobic microbial count (TAMC) and total combined yeast and mold count (TYMC).

A few considerations when establishing bioburden testing regimes should include the risk to the product quality, location in the manufacturing process, risk to patient, and the potential load on any sterilizing filters. USP <1229.3>, Monitoring of Bioburden, discusses other considerations, including the known variability of the assay, previous data, batch size, materials, manufacturing process, and environmental influences.3 These considerations should be included when developing the method for the bioburden assay.

Proper validation of the bioburden test is essential to ensure the results are accurate.  In addition, objectionable microorganisms may go undetected if the tests are not conducted or are not properly validated, or if the data obtained is not properly vetted. If the data is not scrutinized properly, there could be a risk that microorganisms could proliferate in the manufacturing equipment.

Keep your cleanrooms contaminate free. Get the basics in Crystal's webinar:

The Story Behind The Data

Detecting abnormal trends early and correcting microbial growth could potentially save money on remediation efforts and prevent product recalls. Bioburden data and trends should be evaluated to determine if the levels remain appropriate over time, and periodic spikes in the data should be evaluated, even if they remain within limits.1

There are multiple examples of case studies that explain the importance of correctly monitoring trends and in-process bioburden data. The following hypothetical case study follows Company 1X as it discovers the story behind its bioburden data.

Many manufacturing facilities obtain an occasional alert level spike. Company 1X was no different. The in-process upstream bioburden data had a trend of low-level bioburden (most of the time <5 CFU/100 mL). Occasionally, a spike above the alert level would occur. Due to the manufacturing speed and incubation time, the alerts would usually self-correct before the microbiology laboratory could respond. The alerts never hit the company’s definition of an “adverse trend,” which was three consecutive alert excursions. This continued for many years, with no major investigations or concerns.

One year, after a long weekend, the microbiologists read multiple daily samples at one time, as they had done many times before with no issues. But this time, the counts were out of control, and an alarm was raised. As sample after sample came off test, the counts were plotted and trended. The trend was not only adverse and failed to self-correct, the microorganism was a Gram-negative endotoxin-producing microorganism. Manufacturing was halted and a major investigation ensued.

All data and possible causes, including yearly trends and maintenance schedules, were examined. During the investigation, it was concluded that the lab did not violate any SOPs. All laboratory controls remained in place, employees were properly trained, and personnel reported nothing out of the ordinary occurring during the sample collection or analysis process. Production and maintenance personnel were also properly trained and followed their procedures. All equipment was properly calibrated and functioning correctly. The production equipment had even been recently maintained by a contractor hired by the equipment manufacturer. Nothing appeared out of the ordinary.

It turned out that the answer was hiding in the bioburden data. The overlay of the routine equipment maintenance schedule and bioburden trends revealed that whenever there was a maintenance event, there was an alert level excursion following close behind the maintenance. When the contractor was interviewed, it was revealed that he would calibrate the equipment per the SOP, which included a final flush of water. The contractor would leave the water in the equipment tubes because the SOP did not instruct him to remove the water.

The microbiologists finally had their probable cause! During the time it took for QA to review the calibration data and for production to restart production activities, microorganisms were proliferating in the small amount of water left in the equipment tubes. The microorganisms would then flush into the upstream product flow, causing an occasional alert level excursion that would self-correct as the tubes would continue to get flushed out by the turbulent flow of product. Downstream processing would remove and/or destroy the low levels of microorganisms. The final product would always pass all the final product testing specifications. Routine monitoring did not indicate a biofilm was forming in the equipment tubes.

During the shutdown, the manufacturing suite was completely cleaned, the equipment was broken down, equipment tubes were replaced, and several lots of product were rejected. Although Company 1X tested for endotoxins, sterility, and other assays for release to ensure the product was safe and effective, it did not test for every potential byproduct of the out-of-specification microorganism. It was safer for consumers for Company 1X to reject the product rather than release a product that could have been considered adulterated with unknown substances.

Had the periodic spikes been evaluated, the probable cause could have been identified earlier and the subsequent product loss and full manufacturing shutdown could have been prevented.

The bioburden test for in-process testing of pharmaceuticals is central to understanding the types and amounts of microorganisms in the product during the manufacturing process. The assay is a regulatory requirement and is mentioned in warning letters, compendial guidance documents, and regulations.

Bioburden reduction should occur throughout the process of manufacturing sterile products.1 The specifications of the assay can be used to streamline method development and validation studies. Bioburden specifications can be established from guidance documents or calculated using scientific justification or historical data. Proper validation of the bioburden assay is essential to ensure the data generated is accurate.

Bioburden data and trends should be evaluated to determine if the levels remain appropriate over time, and periodic spikes in the data should be evaluated, even if they remain within limits.1 The data is not only collected because it is a regulatory requirement, but there may be a story hidden in the data that could save the company time and money and, ultimately, protect the patient.