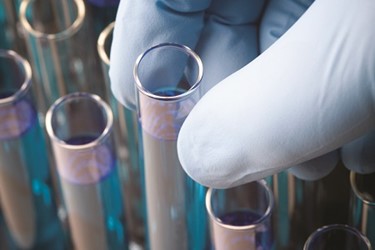 Protein purification at the lab scale bridges the gap between small-scale exploratory protein purification and high-throughput operations, such as industrial- scale manufacturing. At the larger end of the scale, advances in upstream processing such as improved fermentation capacities have led to increased amounts of crude sample available for input. Despite this meaning higher potential yields of target proteins, it also poses an enormous challenge for timely and cost effective sample processing further downstream. This challenge is made even more difficult as scale increases due to higher amounts of impurities — a result of prolonged fermentation times and higher cell densities in large-scale cell cultures.