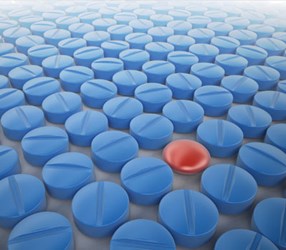 Clinical stage biopharmaceutical company Immunomedics announced that it has received Orphan Drug status for isactuzumab govitecan (IMMU-132) for the treatment of pancreatic cancer.

Isactuzumab govitecan is a solid-tumor antibody-drug conjugate (ADC) that comprises the humanized antibody hRS7 and works to bind an antigen expressed in many human tumors such as cervix, kidney, lung, and pancreatic cancer among others. The antibody is integrated into cancer cells that express the trophoblast cell-surface antigen (TROP-2) also known as glycoprotein-1 antigen (EGP-1), making them targets for cytotoxic drugs.

Cynthia L. Sullivan, President and CEO, said, “We are pleased to receive this orphan designation from EMA, the first for IMMU-132 in the European Union. We will have significant updates on the Phase 2 studies involving IMMU-132, as well as IMMU-130, at the World ADC Summit in San Diego, CA, and the EORTC/NCI/AACR Symposium on Molecular Targets in Cancer Therapeutics in Barcelona, Spain.” According to the company, the ADC achieved partial responses in patients with colorectal cancer, triple negative breast cancer, and lung cancer, among others in the trials.

Pancreatic cancer is currently the fourth leading cause of death in the U.S., affecting an estimated 46,420 patients in the U.S. every year with nearly 40,000 dying from the disease. Symptoms include pain, loss of weight, jaundice, diabetes, and nausea among others. The disease presents a significantly unmet medical need due to the lack of discovery for 40 years for treatments that improve survival.

Earlier this year, the company also received Orphan Drug Designation from the U.S. Food and Drug Administration (FDA) for IMMU-132 as treatment for pancreatic cancer. The FDA has initially designated the ADC orphan status as treatment for small-cell lung cancer. Orphan designations in both the U.S. and EU offer a range of benefits for sponsor companies, which include an extended period of marketing exclusivity upon approval for the orphan indication.