How To Successfully Manage Packaging And Labeling During Pharma Product Launches 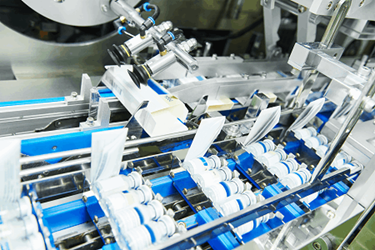 If you are charged with any of the tasks that lead to a successful product launch in the pharmaceutical industry, you know how critical it is to execute a multitude of steps successfully. Among these are agreement by marketing on the look and design of the campaign, completion of clinical trials, project management, testing of active pharmaceutical ingredients, the completion of a trial production batch, receipt of all materials at the production site, production scheduling, regulatory agency submissions, trademark registration, and a host of others. One step that can get neglected, or appear to be of lesser importance than the remainder of these, is the completion of packaging and labeling for the launch product. A slam dunk, right? Wrong! If the other steps mentioned here appear to be susceptible to Murphy’s Law, the same is even more true of packaging, because to many outside of packaging and labeling, the possibilities are not apparent until they actually occur.

There are at least two characteristics of a pharmaceutical product launch that are widely known. Any activity on the product launch is highly visible within the company, and for good reason. First and foremost, the company has a lot riding on the timely delivery of a new product to its potential customers. It has probably spent millions of dollars during the R&D phase, and it knows that the product’s exclusivity will expire in seven years from the issuance of the patent. In fact, $259 billion in worldwide pharmaceutical sales are at risk from patent expiration between 2014 and 2020.1 However, at the launch stage, even the revenue from the branded product is not guaranteed.

Second, sales are closely tied to the promptness of product availability. As a result, the company will issue a press release the moment the new product is approved by the regulatory agency, and the press likewise will announce it on the same day. (I have even heard the news announced on the radio on the drive home from work after having completed work on the same product during the day.) By that time, product needs to be immediately available for orders, as variations of even a day from the announcement can cost a company significant sales.

The areas that are not necessarily known in a launch scenario are the following that relate to packaging and labeling. The regulatory agency submission and approval process occurs at same time as development of product and packaging, and these areas are on parallel paths. In particular, it’s important to remember that changes to the physician’s insert are often required very close to the launch date, as your regulatory affairs department is in frequent back-and-forth contact with the regulatory body regarding the text on the insert. After working extensively on a product launch, I experienced the product being pulled at the last minute. Some of the packaging components, such as bottle labels, were already at the manufacturing facility. However, as the FDA required a black box warning for the product on the insert, the company decided that the product represented too high a risk, even after all the hours and revenue spent on the product’s development that could not be recovered.2

By the time the project arrives on the desks of packaging or labeling colleagues, the launch is imminent, and possibly some of the time allotted to their tasks has already been encroached upon by departments that initiated their part of the project earlier in the process. Your colleagues on the packaging side, more likely than not, are engineers, and as such, approach these matters from a scientific rather than a monetary or marketing perspective. They may be more likely than your colleagues in other departments to bring up details that are seemingly unimportant. Their concerns, more likely than not, are well-founded. Consider the potential errors that can occur in the physical packaging:

Your labeling colleagues may be project managers, proofreaders, or graphic artists and may be even more specialized in their tasks than packaging engineers. Their work can be tedious and repetitive, and apparently it deals in minutiae distant from the usual business talk of quarterly earnings, brand recognition, sales forecasts, and stock prices. Here are just a few potential labeling errors that consume time and increase costs:

Involve your Packaging and Labeling group early in planning to help ensure a successful product launch. Learn how in this webinar by industry expert Michael Esposito:

The Importance of Packaging and Labeling in Pharmaceutical Product Development

Add to these potential errors the fact that changes are much more frequent in the packaging and labeling process during a launch, and the pace of work is generally accelerated compared to the revision of an existing product.

These possibilities are not meant to paint a gloom-and-doom picture. After all, there are many successful product launches, and many products that have generated enough revenue to surpass their initial R&D costs and continue to perform well in the marketplace. Regardless of where your expertise lies, if you are among those responsible for the successful execution of a launch, there is a common set of behaviors that will increase your ability to navigate this arena skillfully.

Every step in the launch is important and critical to its success. If any given activity has been identified as a key deliverable, it is worth attention, regardless of the department’s level of influence in the organization or the individuals responsible for its execution. As mentioned above, the stakeholders in a given launch likely have different skillsets and different perspectives on what is critical. It’s important to avoid describing packaging and labeling as a “service department,” which implies that its activities are less important than those of others. Often, a department that does not create revenue directly is seen as a drag on profits, when in reality their activities provide an equally vital benefit: the avoidance of unnecessary expense by successful execution. Understanding the importance of allowing diversity of thought and experience will prevent many details from being overlooked. Also, your colleagues will react more positively when they are respected as professionals and their points of view are considered seriously.

Involve all key stakeholders, including packaging and labeling, in the planning process. Planning does not only involve the completion of steps, but also the frequent communication of both planned and unplanned activities that are inevitable in any launch. There are several time-consuming activities that are involved in the development of packaging and labeling. First, a new package will require the creation of specifications not only for the product overall (aka bill of materials), but for each component, both printed and nonprinted, that goes into the creation of that package. Different doses for the same brand are considered different products, and different sizes for the same product are considered different packages. Second, each different product or package requires an additional regulatory submission for its approval, as well as different text for labels, boxes, and shippers. A change that is communicated too late puts a host of deadlines in jeopardy.

Flexibility is a must. This could be considered as a lesson for life in general, but let’s discuss it in the context of a pharmaceutical product launch. You are managing all or part of a launch project, and a step gets delayed. What do you do: fret and complain that someone or a department is holding up the progress of the launch or determine the cause of the delay and help resolve the roadblock? Likely you will not have much time at your disposal. Still, an application of the root cause methodology used during quality investigations and a discussion with the key stakeholders can address concerns and create some modifications to the project timeline that both address the issue and enable the project to correct course.

Reflect on mistakes and apply the learnings to future activities. Over 30 years of pharma experience has taught me that the most successful and most collaborative colleagues among us have knowledge of what has gone wrong in the past and have already made adjustments to their work habits. As an extension of root cause analysis, the process can be reexamined once the launch has been completed to identify errors that can be corrected for future projects. Consider a cross-functional meeting to examine lessons learned, incorporate these lessons into the next project, and build rapport with colleagues in areas of expertise different from yours. If NFL quarterbacks spend extensive amounts of time in the offseason building communication with their tight ends and wide receivers, why can’t pharmaceutical professionals do something similar with their colleagues?

Remember that your involvement in the successful execution of a pharmaceutical project launch is a powerful achievement that will jump off the page of your resume. I recall with pride the labeling activities I performed that led to the launch of Prevnar in 2000, which, along with the more recently released Prevnar-13, still tops the list in sales among vaccines.3 The experience of participating in such an endeavor has a value that endures beyond the exercise of merely completing the project.

Michael Esposito, principal at TrainReach Consulting, LLC, has over 30 years’ experience in the pharmaceutical industry and 16 years’ experience in GMP training and document management. He has worked for Wyeth Pharmaceuticals, Pfizer, and Johnson & Johnson's McNeil Consumer Healthcare Division in a variety of areas, including packaging, project administration, quality assurance, government contracts, translations, systems training, and international operations. He collaborated on the development and implementation of the training portion of the consent decree work plan for McNeil and revised their introductory GMP course. Michael is a member of the training organization GMP TEA and is fully fluent in Spanish. His areas of interest include systems training, training effectiveness, post-training user support, process improvement, and sustainable packaging. You can reach him at mesposito@trainreach.com