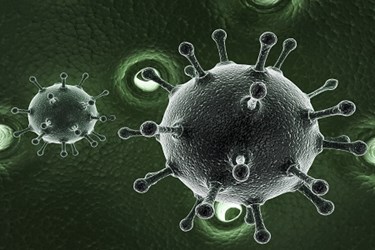 Oxford University reported that an investigational hepatitis C vaccine has demonstrated positive results in a Phase 1 clinical trial conducted at the University.

The vaccine, developed by GlaxoSmithKline, is based on the same technology behind the company’s Ebola vaccine candidate. Using the ‘prime-boost’ approach, the team made two separate vaccine formulations. The first shot induced or ‘primed’ an initial immune response against HCV while the second vaccine, given eight weeks later, ‘boosted’ the T cell immune response up to a level that provided protection against infection.

The Oxford University team reported that the vaccine demonstrated favorable safety and tolerability results in the 15 healthy volunteers signed up for the Phase 1 trial. Those who received the prime-boost vaccines showed large, broad, and sustained T cell responses comparable to people who naturally cleared HCV infection on their own. The level of T cell response needed to prevent HCV infection is still yet to be fully known.

“The T cell response is really high, and what's promising is that this is a broad response. A range of different T cells are produced targeting different parts of the hepatitis C virus. This is the first highly immunogenic T cell vaccine developed against hepatitis C. We found it to be safe and well tolerated in this group of 15 healthy volunteers…The size and breadth of the immune responses seen in the healthy volunteers are unprecedented in magnitude for a hepatitis C vaccine,” said lead investigator Professor Ellie Barnes of the Nuffield Department of Medicine at Oxford University.

Together with colleagues from GSK biotech firm Okairos and Stanford University in the U.S., the team published the results of the trial in the journal Science Translational Medicine.

Another trial is currently ongoing to test the vaccine’s efficacy among intravenous drug uses in the U.S. Professor Barnes stated that an effective vaccine will be able to provide greater lifetime protection with a shot or two, in contrast to treatments that may cure one strain but not prevent reinfection from a different strain. Commenting on the vaccine’s initial results, Professor Barnes added, “But we won't really know if it works – if it is able to prevent hepatitis C infection – until we have the results of the efficacy studies in the USA.”

An estimated 3 to 4 million people in the U.S. are infected with hepatitis C, representing a significant market for HCV treatments and vaccines. The current leading blockbuster drug in the HCV market is Sovaldi. Last month, the U.S. Food and Drug Administration (FDA) approved another drug named Harvoni from Sovaldi-maker Gilead Sciences for the complete treatment of hepatitis C.