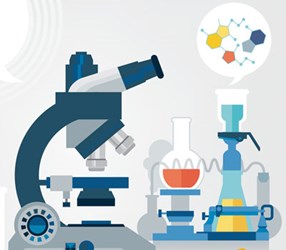 Five Prime Therapeutics, a clinical stage biotech firm, announced that its partner GlaxoSmithKline has extended their drug research collaboration in respiratory diseases for another year and a half.

The two companies first inked their deal in 2012 to discover first-in-class agents and new mechanisms for the treatment of chronic obstructive pulmonary disease (COPD) and refractory asthma. The collaboration was expanded this April to further include two respiratory disease discovery programs that will be evaluated for six months. Under the terms of the new agreement, GSK has elected to continue the two programs for an additional 18 months.

GSK will provide Five Prime $2 million in research funding as the collaboration expands, $500,000 of which has already been paid. Should GSK choose to license a target discovered as a result from the collaboration, Five Prime will be eligible to receive up to $193.8 million in potential option exercise fees, milestones, and royalties.

Aron Knickerbocker, SVP and chief business officer of Five Prime, said that GSK’s expertise in respiratory diseases makes them a compatible partner for the company. He adds, “GSK's decision to expand our collaboration speaks to the strength and versatility of our protein discovery platform to identify novel targets in a wide range of major respiratory diseases.”

“We are pleased to expand this highly collaborative research alliance with Five Prime to discover novel targets that have the potential to result in new medicines for the treatment of respiratory disease. We are hopeful these discoveries will lead to innovative new therapies that will benefit patients with uncontrolled respiratory disease,” said Edith Hessel, VP, Head of the Refractory Respiratory Inflammation Discovery Performance Unit at GSK.

The partners are also working together to discover drug targets for skeletal muscle diseases. In fact, last month, GSK exercised its option to license a novel muscle disease target for $1.5 million.

In addition to GSK, Five Prime also struck a deal in March with Bristol-Myers Squibb to help contribute to the ongoing work on immuno-oncology therapies in the industry. The agreement covers the discovery, development, and commercialization of immuno-oncology treatments targeting two confidential immune checkpoint pathways. Drug leads resulting from the agreement may be studied either as monotherapy or in combination with BMS’ immuno-oncology drugs.