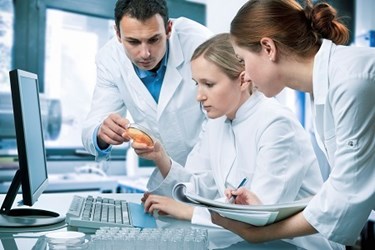 The GPCR Consortium launched this week in collaboration with three major pharmaceutical firms and partner research institutes to advance the study of a family of proteins that plays a part in many diseases.

The Consortium will focus on the generation of high resolution images of hundreds of proteins known as G-protein coupled receptors (GPCRs). A documented 826 GPCRs are involved in a broad variety of human physiology and are valuable as therapeutic targets. However, GPCRs are still mechanistically poorly understood. Understanding the proteins in terms of structure will help in determining new drug candidates.

Three pharma firms and three research institutes comprise the Consortium. These are U.S.-based Amgen, French firm Sanofi, and Japan’s Ono Pharmaceutical. Research will be conducted at the University of Southern California, the iHuman Institute at ShanghaiTech University, and the Shanghai Institute of Materia Medica. An additional five industry members will be sought for the collaboration. The Consortium was begun by Professor Raymond Stevens, who studies GPCR structure and function, and was coordinated by Dr. Michael Hanson, a leader in GPCR structural biology.

“The academic groups involved in the consortium have published both the first human GPCR structure and the majority of GPCR structure-function and discovery data, including structures from the major classes of the GPCR family. The importance of this family of proteins for human health cannot be overstated as communication with the environment is a hallmark of higher functioning organisms and GPCRs play a central role in this process,” said Dr. Michael Hanson, President of the GPCR Consortium.

All research outputs such as 3D structures of GPCR and constructs will be collected and made available in the public domain. The Consortium is intended to be data-centric in nature and will focus on the dissemination of protein structural coordinates, reagents, and supporting information. Its initial goal will be to determine the structure of 200 out of the known 826 human GPCRs, which are implicated in disease areas such as cancer, diabetes, and mental disorders.

Reuters reports that the collaboration project is part of the emerging trend to pool data for early drug research. “Industry and academic consortia like the not-for-profit Structural Genomics Consortium are becoming a more common model to support scientific research on the international scale… By working together, we can maximize the impact of our research on human health and disease while providing a means to support early-stage basic research and bring together academic and industry scientists in a productive working relationship.” says Professor Raymond Stevens, founding director of the iHuman Institute at Shanghai Tech University.