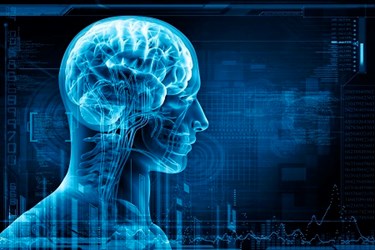 GliaCure, a privately-held biotech firm that develops treatments for neurological and neuropsychiatric disorders based on glial targets, announced that the U.S. Food and Drug Administration (FDA) has awarded Fast Track status to its lead drug GC021109 as treatment for Alzheimer’s disease.

GC021109 is a small molecule being developed as a disease modifying therapy for Alzheimer’s disease. Preclinical data shows that GC021109 stimulates phagocytosis and reduction of pro-inflammatory cytokine levels. The drug’s mechanism of action is being investigated for potential treatment of other disorders such as Parkinson’s disease and multiple sclerosis, among others.

Joseph Zakrzewski, board member of GliaCure, said, “Being awarded Fast Track status for GC021109 is a major achievement for the company. This designation for GC021109 by the FDA is a recognition of the significant unmet medical need for patients with Alzheimer's disease and the potential our approach offers for these patients.”

The FDA’s Fast Track status enables GliaCure to hold more frequent meetings with the agency to discuss development of the drug. It also makes the company eligible to submit a New Drug Application (NDA) on a rolling basis as more data becomes available. GliaCure first launched a Phase1a trial for GC021109 in September.

The company said it is planning to launch a multiple ascending dose Phase 1B trial for GC021109 in mild-to-moderate Alzheimer’s disease.

Alzheimer’s disease is the sixth leading cause of death in the U.S., where over 5 million patients are living with the disease. Treatments for the disease have been few and far between, with only one drug approved in a decade following research into roughly 200 compounds. Recent pharmaceutical collaborations such as Eli Lilly and AstraZeneca’s deal have attempted to take on the disease. Last month, a team of scientists also reported the discovery of a new therapeutic target for Alzheimer’s disease.