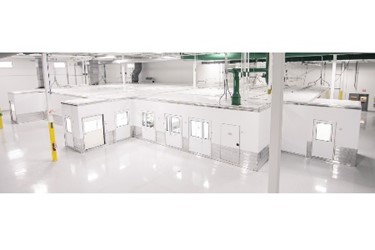 The companies intend to work together to incorporate GE Healthcare’s modular, end-to-end cell therapy and viral vector technologies and process designs into G-CON’s proprietary cleanroom technology. This means that drug developers and manufacturers will be able to purchase a fully functional production line and environment that can be housed in a warehouse-type structure.

The collaboration will also include cleanroom technology required for the manufacture of lentivirus (LV) and adeno-associated virus (AAV) vectors, a delivery vehicle for emerging gene therapy treatments. The gene therapy field is developing fast and while only a small number of treatments are approved for use, more than 200 clinical trials are underway.

Maik Jornitz, President and CEO of G-CON Manufacturing, said: “It is well-recognized that the commercialization of the cell therapy industry requires a paradigm shift in manufacturing, because of the highly individual and complex nature of the production process. G-CON provides standardized prefabricated cleanroom and containment environments of high-quality, which fits well together with GE Healthcare’s cell therapy and vector process design and equipment. This combination will provide manufacturers with turnkey processing capacities with speed and reliability. Such an approach will remove manufacturing bottlenecks that currently delay production of this critical new class of therapies.”

Catarina Flyborg, General Manager, Cell and Gene Therapy, GE Healthcare, said: “The combination of the G-CON infrastructure along with GE Healthcare’s cell therapy and vector platform, will aid in reducing the time to market for cell therapies that need vector manufacturing to be on-site and connected to the overall therapy workflow. It has been designed with early-stage manufacturing processes in mind, which is the much-needed stepping stone for validating large-scale manufacturing and investment decisions in the future.”

Effective immediately, drug developers can seek the combined solution from G-CON and GE Healthcare for their cell therapy and vector development and production needs. Both GE Healthcare and G-CON will continue selling their products and services independent of one another for customers who prefer a non-combined solution.