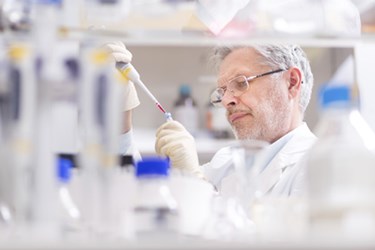 There are two opposing forces that must be managed by all companies that manufacture biologics. One is volume. Its counterpart is flexibility. If the biologic being produced is a blockbuster, then the volume of the bioreactor being used, for instance, is paramount. Flexibility, well, is less of an issue. The opposite holds true if the volume of the biologic being produced is relatively small. Of course, these are the two ends of the spectrum. Biologics manufacturers live their lives somewhere in the middle. And, that makes selecting the right bioreactor – be it stainless steel or single-use – a more challenging proposition.

Late in 2015, Kalorama Information released a report titled, “The Worldwide Market for Bioreactors,” where it examined this quandary faced by biologics manufacturers and some of their potential options. Additionally, the report looked at the factors that influenced bioreactor purchasing decisions in the past and to what extent these factors have changed or continue to hold true. To gain additional insights into the stainless versus single-use bioreactor discussion, I contacted the report’s author, Joseph Constance, Biotechnology and Diagnostics Analyst at Kalorama Information.

One of the key industry factors driving the investment in single-use bioreactor technology is flexibility. As industry demands change, the environment for stainless steel bioreactors and their accompanying large capital expenses becomes tougher to handle. When volume isn’t a driving factor, flexibility typically is. Constance observes in his report:

The traditional model for manufacturing biopharmaceuticals involves constructing a manufacturing facility focused on fixed stainless steel stirred bioreactors usually in capacities in a range up to 25,000 liters. These facilities require high initial capital investment and carry large overhead. Initial capital investment includes the cost of setting up the bioreactors; undertaking a detailed facility design, including piping and infrastructure for media delivery, as well as water and steam delivery needed for clean in place, steam in place, and water for injection requirements.

The challenge with this traditional scenario is that these facilities have large manufacturing capacity, but little flexibility. They usually focus on producing a limited number of biopharmaceuticals that must be produced in large volumes. However if demand changes, if improvements in cell culture result in higher titer, or if there are other alterations to volume requirements, excess capacity can quickly become a problem for manufacturers.

Demand – and market needs – has certainly changed in the pharma industry. To be sure, there continue to be blockbuster therapies that need to be manufactured at scale. However, there continues to be an ever-growing emphasis on orphan drug and personalized therapies that require smaller runs compared to large-scale batches. “As blockbusters fall out of favor to smaller niche therapies, personalized medicine and orphan drugs, the traditional manufacturing process will change,” notes Constance. “Of the many biopharmaceuticals in clinical trials, nearly 80% of production requirements can be met in bioreactors of 5,000 liters in capacity or less. This drives the transition away from the large, traditional stainless steel bioreactors, along with advances in process efficiencies.”

All of this is not to say that single-use bioreactors are not without concerns. Biopharmaceutical manufacturers have yet to convince single-use suppliers to solve issues around standardization and interchangeability. “A lack of standards is a concern for both suppliers and manufacturers. Standardized components are part of several aspects of single-use bioreactors, including the consumable bioreactor bag, its holder, and the control software,” says Constance. While bio manufacturers may laud standardization, suppliers see it as ceding their ability to add value to their products. “Users appreciate the flexibility and potential cost benefits of interchangeability. However, suppliers like to market systems that feature differentiation and that might not be completely standardized,” adds Constance. “The issues might get sorted out over time – eventually.”

By their very nature, single-use bioreactors are going to employ some components that are disposable. The quality of these components has been a source of concern. Continuous improvements aside, manufacturers still, for instance, are challenged with ensuring disposable bags meet their quality standards. “There definitely are a variety of challenges facing adoption of single-use bioreactors, including the need for higher quality and lower cost disposable bags and containers. There is also the need for more reusable and disposable sensors that provide high-quality analytics, including real-time cell culture level data points,” says Constance. “I doubt these will be non-issues anytime soon. The evolution to better bags and sensors will be gradual and probably take a few years. Improvements will continue to be made over time.”

With the overall projected growth in the biologics market, both stainless steel and single-use bioreactors will have their place in manufacturing facilities. And, biologics manufacturers are left to balance quality and flexibility and volume in an effort to determine the best bioreactor platform for their needs.