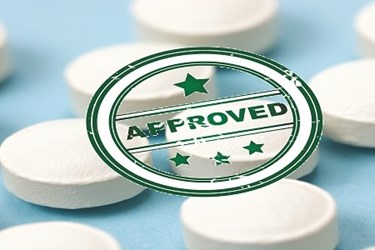 Eli Lilly & Co. announced the U.S. Food and Drug Administration (FDA) granted approval to its drug Cyramza (ramucirumab) in combination with chemotherapy paclitaxel as treatment for advanced or metastatic gastric (stomach) or gastroesophageal junction (GEJ) adenocarcinoma, which has become progressive while being treated or after being treated with fluoropyrimidine- or platinum-containing chemotherapy.

Cyramza is a vascular endothelial growth factor (VEGF) Receptor 2 antagonist and angiogenesis inhibitor designed to block blood supply to tumors. Tumors typically grow new blood vessels (angiogenensis) to enable its growth and spread. Inhibition of VEGF slows down angiogenesis and starves tumors of their blood supply. The new FDA approval is the drug’s second, having been approved in April as a single agent for the treatment of advanced stomach cancer or gastroesophageal junction adenocarcinoma.

The FDA approved Cyramza in the second indication based on positive results from the randomized, placebo controlled, and double blinded Phase 3 RAINBOW trial, where ramucirumab plus paclitaxel showed improvements in overall survival — its major efficacy outcome — compared to placebo plus paclitaxel. “This FDA approval of Cyramza represents another milestone for people battling this devastating and difficult-to-treat disease,” said Richard Gaynor, SVP of product development and medical affairs for Lilly Oncology.

Gastric cancer is the fifth leading cancer in the world and also the third most common cause of cancer-related death. The disease starts in the stomach and can travel through the bloodstream to affect other organs such as the lungs and liver. Nearly one million cases of gastric cancer were recorded worldwide in 2012 with an estimated 723,000 deaths. In the U.S., an estimated 22,000 people will be diagnosed with stomach cancer this year.

The company is also investigating ramucirumab in a Phase 3 trial involving patients with metastatic colorectal cancer (mCRC). In September, Lilly reported that the combination therapy met its primary endpoint of overall survival.