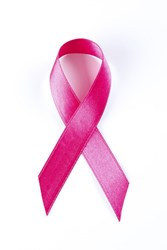 Pfizer announced that the U.S. Food and Drug Administration (FDA) has accepted its New Drug Application (NDA) for its breast cancer drug palbociclib. The company is seeking approval for palbociclib in combination with letrozole as a first-line treatment for patients with advanced breast cancer.

Palbociclib is an oral targeted agent and selective inhibitor of cyclin-dependent kinases (CDKs) 4 and 6. Through its mechanism of action, the drug restores cell cycle control and stops proliferation of tumor cells. Palbociclib’s combo with letrozole is intended to treat postmenopausal women with estrogen receptor positive (ER+), human epidermal growth factor receptor 2 negative (HER2-) advanced breast cancer who have not undergone prior systemic treatment.

Garry Nicholson, president of Pfizer Oncology, said, “If approved as a first-line therapy in combination with letrozole, palbociclib will be an important new option for the thousands of women in the U.S. who are living with metastatic breast cancer. We look forward to continuing to work closely with the FDA through the review process.” The FDA awarded Breakthrough Therapy designation to palbociclib last year as well as Priority Review status. The company expects a decision from the FDA by April 13, 2015.

The company’s NDA submission is based on the results of the randomized, Phase 2 trial PALOMA-1, in which it significantly slowed down disease progression of patients with advanced breast cancer. Earlier this year, Forbes reported that the drug could generate as much as $10 billion in annual sales if it continues its stellar performance in clinical trials.

In August, Pfizer initiated an expanded access program (EAP) for palbociclib offering access to the investigational drug for patients with advanced breast cancer who are otherwise unqualified for the clinical trial and for whom no alternative therapies exist. The EAP program is part of the ongoing Phase 2 PALOMA-2 and PALOMA-3 trials.