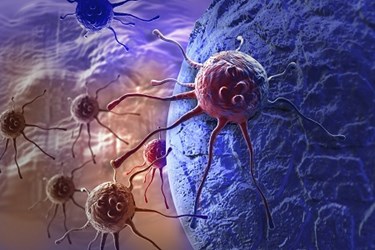 Merck’s biopharmaceutical division EMD Serono announced that it has entered into an alliance with The Institute of Cancer Research (ICR) and the Wellcome Trust in London to jointly develop and license potential anti-cancer drugs.

Under the terms of the partnership, both EMD Serono and the Wellcome Trust will provide funding to help carry out the collaboration. EMD Serono will also make milestone payments when regulatory and marketing goals are achieved, as well as royalties on net sales of products resulting from the partnership.

The agreement builds on two research programs from both ICR and EMD Serono that identified tankyrase inhibitors, which target the tankyrase enzyme of the poly (ADP-ribose) polymerase family. Small molecule inhibitors, particularly those that fight these enzymes, have shown great potential in cancer research according to the company. A joint research team from ICR and EMD Serono will further develop chemical compounds that emerged from both organizations’ tankyrase inhibitor programs. At the conclusion of the joint project, EMD Serono will lead the clinical development program for chosen candidates in hopes of producing a new cancer drug.

“Tankyrase inhibitors provide a unique opportunity to target one of the most common characteristics of cancer cells - their dependency on the so-called ‘Wnt signaling’ pathway,” observed Dr. Chris Lord, Team Leader in the Division of Breast Cancer Research at The Institute of Cancer Research, London. Dr. Lord also stated that both EMD Serono and the ICR team have made considerable headway in developing the potential anti-cancer drugs.

“With this partnership, we aim to harness the already well advanced tankyrase programs at both ICR and EMD Serono and hope to ultimately translate these into novel treatment options for cancer patients. We will build on a joint compound base of potent tankyrase inhibitors and will leverage both sites’ scientific knowledge about the ‘Wnt pathway’ that plays a major role in signal transduction for tumor growth,” said Dr. Andree Blaukat, Head of the Oncology Translational Innovation Platform at EMD Serono.

Last month, the company also announced its collaboration with the Massachusetts General Hospital to advance pathogenetic understanding of the diseases systemic lupus erythematosus and lupus nephritis.