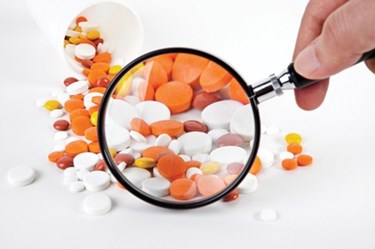 Biopharmaceutical company GW Pharmaceuticals announced that it has received Orphan Drug Designation from the European Medicines Agency (EMA) for Epidiolex as treatment for rare form of epilepsy Dravet syndrome.

Epidiolex is an oral liquid formulation of a highly purified (cannabidiol or CBD) extract. The company’s CBD is a non-psychoactive molecule from the cannabis plant. The drug has previously received U.S. orphan designations in both Lennox-Gastaut Syndrome and Dravet Syndrome, as well as Fast Track status for the latter from the U.S. Food and Drug Administration (FDA).

Justin Gover, GW’s CEO, said, “GW is now advancing a full clinical development program for Epidiolex in Dravet syndrome and looks forward to commencing this program in the coming weeks. We believe that the clinical effect and safety data recently released on Epidiolex support GW’s confidence in the prospect of ultimately enabling children with Dravet syndrome around the world to have access to an approved prescription CBD medicine.”

Dravet syndrome is also known as Severe Myoclonic Epilepsy of Infancy (SMEI). There is currently no cure for the form of epilepsy that begins the patient’s first year of life and gets progressively worse. Patients with Dravet syndrome are at a higher risk of SUDEP (sudden unexplained death in epilepsy).

The orphan designation from the EMA for Epidiolex in Dravet syndrome was supported by results from the company’s open-label, expanded access studies. Data show that patients with Dravet syndrome treated with Epidiolex had fewer convulsive seizures.

The company said it is set to begin a full clinical program for Epidiolex in both Dravet syndrome and Lennox-Gastaut syndrome. The first Phase 2/3 trial of the drug is scheduled to begin in the next few weeks.