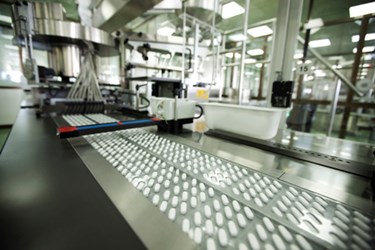 Japan-based Eisai has opened two new manufacturing facilities, one in Suzhou, Jiangsu China and the other in the U.K.  Investment in the new space is expected to improve Eisai’s supply chain and production efficiency. Eisai did not release the financial details of either investment.

The new facility will specialize in parenteral manufacturing, the same as the North Carolina Triangle Park facility, which completed construction in 2010.

The new space is capable of producing 60 million ampoules per year and is expected to meet increasing Chinese demand for Methycobal, an injectable neuropathy treatment. Injections manufactured at the new plant are expected to supply the demand in Asia, Central America, and South America.

According to Eisai, the investment in China is expected to substantially reduce overhead by improving production efficiency.

In a separate statement, Eisai announced completion of another investment in the U.K., which has functioned as the company’s European base of operations since 1990. The new facility, built adjacent to an existing plant, will function as a packaging base for Eisai’s European market.

Haruo Naito, CEO for Eisai, reported that the new plant will manufacture and house Eisai’s global supply of Fycompa, an anti-epileptic treatment, as well as new oncology drugs Halaven and the investigational Levatinib.

Halaven, an injectable treatment for metastatic breast cancer, was approved in over 50 countries last year. Though Levatinib has not been approved for clinical use, the FDA granted priority review designation to the drug for the treatment of advanced thyroid cancer.

The 40 percent expansion of the U.K. space was an investment in the anticipation of Levatinib’s global demand.