Do We Need Comparative Clinical Efficacy Testing For Biosimilars? 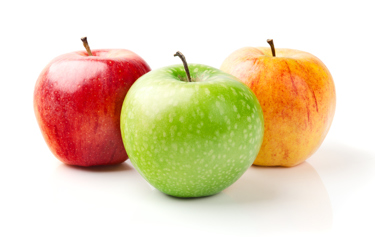 With almost 400 currently approved biological therapeutic products,1 it is anticipated that most of these products will be introduced as biosimilars once the biologics’ patents expire. Given the diversity of these products, it has been difficult for the regulatory agencies to provide general guidance for development and, historically, both developers and agencies continue to rely on comparative safety and efficacy studies for the approval of biosimilars. However, an analysis of the FDA-licensed biosimilars2 shows that several of the 50 or more reported clinical pharmacology tests failed, yet none of the over 40 clinical testing reported in patients failed.3 Three products — Retacrit (erythropoietin), Nivestim (filgrastim), and Udenyca (pegfilgrastim) — were licensed without testing in patients. The regulatory agencies are seeking alternatives to clinical efficacy testing after establishing that the finding of comparable efficacy cannot overrule unexplained differences in a pivotal PK study.4

In July 2018, the FDA issued a Biosimilars Action Plan5 that proposed using an in silico modelling and simulation approach to correlate pharmacokinetic and pharmacodynamic responses with clinical performance, with the goal of obviating clinical efficacy testing. An examination of the European public assessment report (EPAR)6 guidance on 84 authorized biosimilars, in which two applications were rejected and 34 withdrawn, convinced the EMA that some biosimilars do not need clinical efficacy testing (e.g., teriparatide, insulins, low-molecular-weight heparins, filgrastim, and pegfilgrastim and other cytokines with PD markers). Some products would not even need safety assessments, such as teriparatide, low-molecular-weight heparin, and insulins. The FDA has licensed erythropoietin, pegfilgrastim, and filgrastim products without requiring comparative efficacy testing.

This article proposes changes to testing protocols of clinical pharmacology testing to obviate the need for clinical efficacy testing, in line with the new thinking of the FDA and EMA.

According to the FDA, “As a scientific matter, a comparative clinical study will be necessary to support a demonstration of biosimilarity if there are residual uncertainties about whether there are clinically meaningful differences between the proposed and reference products based on structural and functional characterization, animal testing, human PK and PD data and clinical immunogenicity assessment.” The FDA has licensed 26 biosimilar products7 for which multiple clinical efficacy testing was conducted. Does it mean that there was sufficient “residual uncertainty” to require testing in patients? A more pertinent question is, does a single comparative efficacy test remove all residual uncertainty across many indications?

Since biosimilar trials are conducted as equivalence (or non‐inferiority) trials,8 the equivalence margins are crucial for the testing decision and need to be prespecified. In efficacy trials for a novel drug, the studied indications are diverse. As the margins have to reflect a difference that is not relevant from a clinical point of view, the acceptable difference depends on the disease. This makes it impossible to use a standardized margin, like the bioequivalence testing margin.9 The equivalence margins in efficacy trials must be clinically and statistically justified.10 A review of the EPARs and BLAs of approved biosimilar products shows extreme diversity in the selection of margins and whether they were prespecified, such as in the case of Omnitrope,11 Blitzima,12 Ritemvia,13 Rituzena,14 and Truxima.15 In some cases, the equivalence margin was chosen post hoc and justified by using historical data.

The noninferiority trials do not exclude the possibility of increased activity of the biosimilar product that may be associated with more adverse events. Several noninferiority studies have failed, but the agencies ultimately approved these molecules. Such was the case of trastuzumab biosimilars, where the upper bound of the predefined equivalence margins for the primary endpoint (pCR), while confirming noninferiority, did not exclude the possibility of superior efficacy.

The subjective nature of comparative efficacy testing leaves much to doubt about the utility of these studies in overcoming any deficiencies in the stepwise testing, from analytical assessment to clinical pharmacology testing.

The clinical pharmacology testing of biosimilars is based on the bioequivalence model of generic chemical products, in accordance with CFR 21 320.22.20 However, according to this regulation, a drug product's in vivo bioavailability or bioequivalence may be considered self-evident if it is a parenteral solution for administration by injection, or an ophthalmic or otic solution, and contains the same active and inactive ingredients.

In the case of biosimilars, the testing is required regardless of these waivers allowed to chemical generics, for a variety of reasons. First, the bioavailability of biosimilars varies despite their administration via parenteral routes. This was demonstrated for subcutaneous administration of filgrastim, where a three-fold increase of AUC0-t and Cmax was observed when the dose was increased from 5 to 10 μg/kg — a two-fold increase. When administered intravenously, the parameters were proportional to the dose.  The absolute bioavailability of the subcutaneous dosing of XM02, a filgrastim product, was 33 and 45 percent at the two doses, respectively.21 For most biological products, there is a significant dose-response correlation, making the bioequivalence studies essential to conduct.

Another reason why the pharmacokinetic studies are useful comes from the comparison of the disposition profile, which describes the distribution and elimination of drug. The disposition profile can be altered by subtle structural differences, making the pharmacokinetic studies a powerful tool to support the analytical assessment of the biosimilar product.

The utility of clinical pharmacology testing can be improved by taking a scientific approach to these studies as proposed below:

The in silico approach to pharmacokinetic modeling may allow regulatory agencies to have greater confidence in the comparability of total body exposure and, therefore, the efficacy of biosimilars, as the FDA has represented in its Biosimilars Action Plan.

Clinical testing of biosimilars in patients does not necessarily establish proof of safety and efficacy and, in most instances, does not constitute a resolution of "residual uncertainties" in a biosimilar product. A modified in silico approach to clinical pharmacology testing offers a better choice to establish definitive proof of biosimilarity. More studies and simulations are needed to establish the full utility of clinical pharmacology data, to avoid the risk of approving biosimilars based on limited efficacy testing that may not have appropriate biosimilarity.

Sarfaraz K. Niazi, Ph.D., is an adjunct professor of pharmaceutical sciences at the University of Illinois and University of Houston; he has published extensively in the field of biosimilars, owns 100+ technology patents, and has provided advice to regulatory agencies on biosimilars, including the FDA. He is also actively engaged in developing biosimilars and offers consulting services to the biopharmaceutical industry.