Cutting Through The Noise: The Bright Side Of Biosimilar Progress 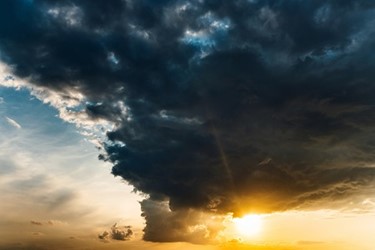 The past few months have been a bit of a drag for those of us on “Team U.S. Biosimilars”— at least from where I’m sitting. We’ve seen some backwards progress, the biggest perhaps being the UnitedHealthcare switch-back from biosimilars to originators. We said goodbye to the fleeting promise of no more bundled rebates under the HHS’ Safe Harbor Rebate, which the biosimilar industry was watching with great interest. And though the infliximab biosimilars have helped lower the cost of Remicade over the past few years, uptake remains disappointing — and is expected to remain disappointing — according to one leading analyst.

There has also been some editorial published making things all the murkier — a genre of editorial which I like to refer to as “Debbie Downer” articles. (If you have six minutes, treat yourself to this Saturday Night Live Debbie Downer Clip on Disney World.) The best example of this we’ve seen recently is a two-part article in Health Affairs entitled Biologics Are A Natural Monopolies: Why Biosimilars Do Not Create Effective Competition. The article accomplished exactly what it aimed to do — it hit the biosimilar industry like a cast iron skillet over the head. Thankfully, many firmly argued back that it’s still too early to throw in the towel on biosimilars, and I do genuinely believe that.

Because negative news and opinions seem to create greater waves, I thought I would take a few minutes (or hours, or days, knowing my writing process), to take stock of the positive news that may not have come over your desks or (more realistically) cellphones in the past few weeks. Some of this news will be fairly straightforward, while other topics will deserve more explanation and unpacking in future articles planned for Biosimilar Development. My main goal is to prove that, while it’s easy to get bogged down by negative speculation, there’s progress being made and companies and experts fighting daily to keep this industry moving forward, even if it feels glacial.

Here are my “must-know” events of the past few months, in no particular order.

I consider it a great sign to hear that companies are investing in and have begun the clinical trials for new biosimilar candidates — especially in an industry where some players are still watching and waiting before deciding how to proceed.

In recent weeks, we’ve heard the good news from Celltrion, who announced a pharmacokinetics and pharmacodynamic (PK/PD) trial for its biosimilar candidate of Xolair. The goal is to begin comparative trials in the first half of 2020, with a potential launch in 2022.

It should also come as no surprise that we’re also hearing similar news from Sandoz. Just six months after the announcement of its deal with Gan & Lee for insulin biosimilars, the company announced the start of a Phase 1/3 trial for osteoporosis medicine denosumab (Prolia/Xgeva). The target end-date for the study is in 2022.

What I find most important to note about both of these developments is the fact that both Xgeva and Xolair have a large percent of sales coming from the U.S. For Xolair, it’s 70 percent, according to the Korea Biomedical Review. For Prolia, U.S. sales were $390 million compared to $202 million in the rest of the world. Obviously, the U.S. is going to be the biggest market for most drugs — whether it be an innovative drug or biosimilar. However, given all the noise surrounding the U.S. market, it’s nice to see companies moving forward with treatments that rely on some level of future U.S. market success.

Finally, for those of you watching the biosimilar insulin space, you’ll note that Biocon, which is partnered with Mylan to market a biosimilar insulin glargine in the U.S., recently received an FDA 483 for its insulin manufacturing facilities. Despite this set back, one Barclay’s analyst noted that, during Biocon’s quarterly update, the company emphasized it doesn’t expect any change in its Mylan partnership for insulin glargine.

Biosimilar Inflectra Is On ICER’s Radar

Over the past few months, I’ve increasingly heard more about the Institute for Clinical and Economic Review (ICER). For those of you who may not be familiar, ICER is a nonprofit, nonpartisan research organization that undertakes clinical and economic evaluations of drugs, medical procedures, and tests. You’ve probably heard it referred to as the U.S. drug-pricing “watchdog,” a U.S. entity akin to the National Institute for Health and Care Excellence in the U.K. In a (broad) nutshell, the organization assesses a drug’s clinical effectiveness and the overall value it will bring to the healthcare system and each individual stakeholder. In carrying out these analyses, ICER publishes a “value-based price benchmark” to encourage appropriate long-term pricing and to inform policy makers about new-to-market drugs whose high costs may challenge healthcare spending and create barriers to patient access.

Earlier this year, ICER announced its intentions to update its 2017 assessment on rheumatoid arthritis treatments. As you’ll note, in June, ICER shared that it will be reviewing JAK inhibitors specifically, including Olumiant, Xeljanz, and Upadacitinib, an investigational candidate from AbbVie. But tucked quietly into this list is Inflectra. The hope is that, by including this biosimilar in the review, we can begin a larger, more detailed discussion of the overall clinical and economic impact of using biosimilars in treating RA. And in the U.S., as you’re all more than aware, these data are sorely lacking for biosimilars (outside of Zarxio).

I was intrigued to read this article by Dr. Colin Edgerton of the Articularis Healthcare Group (AHG). With all the setbacks and challenges infliximab biosimilar players have faced in the U.S., it was an exciting revelation to hear more about how rheumatologists have set out to break through these market barriers. In his article, Dr. Edgerton outlines AHG’s efforts to establish a value-based pathway for treating rheumatoid arthritis (RA), which, in turn, led to greater biosimilar use. In fact, biosimilars were designated the first-line therapy for RA patients within the clinic. Given the success of this pathway, AHG went on to form a new group purchasing organization, Articularis Rheumatology Network (ARN), which will enable smaller community clinics to implement the same value-based program. The goal is to improve biologics’ prescribing in the smaller clinics that may not have adequate resources to establish a similar pathway. Stay tuned for a more in-depth article on this initiative in the upcoming weeks!

While the article by Atteberry, et. al., arguing biosimilars should just “bow out now” got tons of attention, I was disappointed to see the article written in response didn’t get nearly the same hype. In their article in Health Affairs, Alex Brill and Benedic Ippolito of the American Enterprise Institute argue that biologics are not natural monopolies and, in turn, biosimilars are perfectly capable of stimulating competition. Not only do they disagree with what they consider to be Atteberry, et. al.,’s broader definition of a “natural monopoly,” they also took another look at the wholesale acquisition cost (WAC) and net price (including discounts and rebates) data used to support Atteberry, et. al.’s argument. Digging into this data set, Brill and Ippolito came to very different conclusions about the impact biosimilar market entry has had on both Neupogen’s and Remicade’s net prices. Net prices clearly decreased over time following the entrance of biosimilar competition. This was in stark opposition to Atteberry, et. al.’s analysis which Brill and Ippoloto claim only took into account changes to the WAC, which led to “erroneous conclusions about the true effect of biosimilar entry on the net price of Neupogen.”

I highly anticipate Brill and Ippolito will be faced with a rebuttal article from Atteberry, et. al., in the near future. However, in the meantime, this is a good article to return to and add to your arsenal of biosimilar-positive editorial for some spirited debate (which will, no doubt, occur around your family dinner table during future holiday celebrations).

It should hardly be a surprise that European biosimilar experts keep coming out with articles and opinions about the U.S.’ need to reevaluate its stance on interchangeability. In a recently published article in Drug Discovery Today, an expert from Biogen and a pharmaceutical sciences professor from Utrecht University pose a pointed question in the title: “Are we ready to close the discussion on the interchangeability of biosimilars?” (LOL.)

In their article, they argue the importance of all regulators clearly acknowledging the interchangeability of biosimilars. They make this argument based on successful switching studies (too many to count) around the globe, as well as current alignment among most of the leading regulators to define and promote interchangeability as physician-led transitions.

They write, “A harmonized regulatory position that there are no differences between biosimilars that preclude interchanging would allow the discussion to focus on questions that are most relevant when switching to biosimilars, such as ways to reduce nocebo effects.”

Most importantly, throughout the paper they thoroughly emphasize that device changes and the nocebo effect are hardly just biosimilar-related phenomenon. Many of these same factors come into play when patients transition between different brand products. My guess is that this paper will be considered a companion piece to the 2017 article in BioDrugs, in which six regulators from different countries released their opinion that EU-licensed biosimilars are interchangeable.

There are so many real-world evidence (RWE) studies going on that it can make your head spin. On any given day, I come across an article or two that discuss these studies and/or the results demonstrating biosimilar performance. I include this brief selection because they showcase physicians’ ongoing willingness to explore the impact of these products and answer questions that may have been left unanswered to date. As I’ve discussed in past articles, biosimilars can be used to answer existing questions about disease states and can even lead to evolutions in treatment pathways and standards of care.

Take for instance, this study highlighted by the Center for Biosimilars. As one doctor in Germany discusses in this video clip, his team is currently recruiting for a trial to better understand and predict cardiac failure in trastuzumab patients. Given that clinical trial exclusion/inclusion criteria has become more stringent, it’s getting harder to attain a real-world glimpse into how Herceptin’s inherent cytotoxicity influences patients. Following treatment with a trastuzumab biosimilar, the researchers in this study will measure biomarkers to better predict cardiac failure to benefit patients outside of the clinical trial setting.

Finally, though it isn’t a brand-new development, I never hesitate to throw this one out here, just so you have it in your arsenal. In a psoriasis study, transitioning patents from Inflectra, Celltrion’s biosimilar infliximab, to Samsung Bioepis’ Flixabi resulted in no clinically meaningful differences. I don’t need to be a fortune teller to know that certainly won’t be enough evidence to please everyone, and there will, no doubt, be similar studies undertaken across the different biosimilars. I’m going to keep watching to see what Celltrion and Samsung Bioepis publish, in particular, given their demonstrated dedication to releasing tons of switching studies (particularly Celltrion) and device, shelf-life, and stability studies (Samsung Bioepis).