CROs In A Business Exchange With Silicon Valley?

“No one can refuse our offer, it's a fair exchange”
-- from “Fair Exchange” by Kansas

Skepticism can drive activity. Such was the case when I first heard about the Science Exchange, a web-based platform for contracting drug research services. It prompted discussions with co-founder and CEO Elizabeth Iorns, Ph.D., in Palo Alto, participating sponsor Genzyme, and provider Cyagen Biosciences. The conversations dealt with the hypothesis that Silicon Valley has come up with an app for curing what ails research scientists, from academia to Pharma.

The combined narratives of initial success and a scalable future do seem to add up to a new business model for CROs and research sponsors. Skepticism, though, is not so easily cast aside, and we wrapped up part one on the Science Exchange with some questions, including:

Why wouldn’t all researchers and drug discovery service providers want to join the exchange? Will it foster financial and scientific gains for all participants? 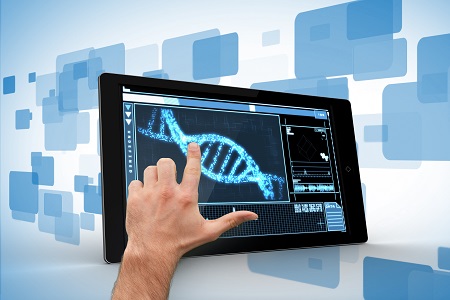 To restate the current process, researchers typically do an Internet search or use word-of-mouth to find CROs and laboratories with the experience to run experiments and provide other discovery services. Once CROs are identified, it can take weeks or months to get CDAs, MTAs, IP and regulatory documents together, and then get POs issued. Researchers can be restricted by internal policies and preferred vendor lists. This adds pressure to use the same providers, even if they are not adept at the specific services needed. Another less-than-optimal option is bartering with colleagues to run investigational experiments in their labs. In short, the current ad-hoc outsourcing of research doesn’t build in quality of science or project productivity.

As an applied economic theoretic, by driving out these inefficiencies from the current model of search and contracting, the Science Exchange should in and of itself improve the business model for drug discovery. But will all parties benefit equally?

Variably during our discussion, CEO Iorns assigns economic gain to the exchange participants, a win-win-win scenario for individual researchers, their organizations, and CROs. However, a case can be made that Pharma might gain the upper hand; the exchange could lead to price erosion for service providers.

For example, some Pharma have decided to process all their outsourcing POs through the Science Exchange, “because they get better payment terms than they would from the labs directly,” according to Iorns. Add that the exchange makes its money by “charging a processing fee on all transactions for acting as the payment processor to the lab,” and service providers could end up with less take-home pay.

Another potential concern for CROs is that prices are openly listed on the exchange for many of the services. This is sound policy from a market-transparency standpoint, and is common to exchanges. However, smaller labs may get underpriced by larger ones with economy of scale, or smaller CROs may compete with each other for the one-off projects that keep them in business. Either way, it could lead to stiffer price competition.

According to Iorns, the Science Exchange is looking “to roll out more large-scale relationships with Pharma.” Those of us who have worked with Pharma from the provider side know that while desired, these larger relationships can come with the Faustian bargain of pressure to provide even better terms and pricing.

Of course the exchange is also looking to expand the lab network. “We can verify vendors with top quality and compliance, and want to expand globally,” says Iorns. Again, an overall positive, but also one that presents another layer of pricing pressure, particularly for labs in the U.S.

Austin Jelcick, product manager at service provider Cyagen Biosciences, is a big fan of the exchange, but can see how it might not be best in all cases. “If researchers already come directly to us for a particular service, sending them to the exchange would add to the final cost. For example, if the price for a mouse model is $25,000, it would add a percentage or two to the cost.” Would the customers want Cyagen to reduce its price by that amount? This remains to be seen.

Worth The Price Of Admission

The above, though, may literally be a small price to pay for the benefits the entire industry could receive.

“Ultimately,” Jelcick says, “the small fee is fully offset by just the simplicity of having everything right there, a sort of Craigslist of vendors and services. It’s the biotech and pharma equivalent of sites in other industries, such as Etsy, which exposes potential customers to artists and vendors they would not otherwise be able to find.”

Moreover, the Science Exchange provides scientific knowhow and project management on behalf of both researchers and suppliers. The exchange employs scientists, and legal and logistical experts, who help structure and manage projects.

James Lillie, VP In Vitro Biology, Genzyme, says that Iorns and her team provide valuable scientific expertise from the beginning of projects. “They help work out the details of the initial research plan,” says Lillie. “We provide our goals, and in no time they’ve identified potential CROs or collaborators, who come back with a detailed plan we then continue to edit and evaluate. For example, we’ll request a specific assay, and receive a detailed protocol and experimental plan that clearly outlines what and how it will be done, and what results to expect. That may help us understand we want something slightly different or in addition, often increasing the quality of the outcome.”

Lillie adds, “We’ve tried other attempts to crowd-source outsourcing activities, if you will, but they weren’t successful.”

In For The Long Haul?

Finally, I ask Iorns if Science Exchange goes on to greater success, what would stop a larger Internet company – like a Google – from building their own expanded platform for the pharmaceutical outsourcing industry?

“We already have the scale and reached critical mass, so I wouldn’t be overly concerned,” Iorns replies. “We’ve raised enough money to allow us to get the contracts and agreements in place to facilitate the science and business. We are years ahead of anybody who tries to do this again from scratch.” Conversely, might the goal be to sell to a Google or other suitor in the future? “No,” she says, “there’s no business plan stashed away that says grow to $50 million and get acquired. Absolutely not.”

So we’ll keep an eye on how the Science Exchange scales and develops. In the meantime, for the most part, even a healthy dose of skepticism allows for the view that this is a welcome exchange from the current process to one that could positively impact research throughout the entire drug discovery industry.