3 Countries To Watch In The MENA Region 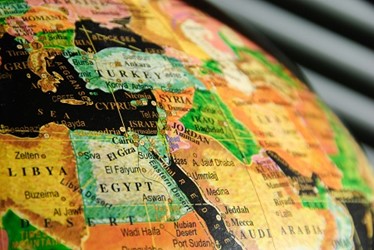 In March, I attended the BioTech Pharma Summit, where I learned more about a region that is arguably overlooked in the biosimilar space: the Middle East and North Africa (MENA) region. In a previous article, I discussed the challenges barring biologics uptake, as well as the diverse regulatory landscape in each country. According to presenter Rodeina Challand, director of Challand Biosimilar Consulting, biologics use remains scarce due to several factors, including gaps in physician knowledge, distrust of alternatives to the brand treatment, and the high cost of biologics in general. There is also a high prevalence of alternative treatments known as copy-biologics, which do not meet the rigorous quality and comparability standards required by the WHO, European Medicines Agency (EMA), or FDA. Between slowly evolving or unstructured regulatory pathways in some countries and the lack of pharmacovigilance requirements, there is little understanding of biologics and the impact quality products could have in MENA.

Despite these barriers that may require those entering the region to “walk backward” in terms of education, Challand underscored how great the need is in the region. Regulators are also increasingly willing to learn and establish more stringent biologics policies. She also pointed out the value this large region could provide from a business standpoint. Though there is a large handful of countries that, to date, don’t have biosimilar pathways established, a few countries have been slowly gearing up to be leaders in paving the way for biologics and biosimilars. In this article, I’ll discuss the potential of these three markets, as well as the business considerations Challand highlighted for companies considering entering the MENA region.

Which MENA(T) Leaders Are Emerging?

Turkey: Turkey is not always considered a part of MENA, given that the nation connects Europe and Asia. But regardless of its geographic identity, Challand expects it to be a top contender for leading the MENA region into biosimilars. She also believes it’s poised to become one of the six largest European pharmaceutical markets, given the wide range of manufacturers and manufacturing ability in the country. This market growth is reinforced by a recent McKinsey & Company paper entitled, “What’s Next For Biosimilars In Emerging Markets?” Along with a handful of other emerging markets, the authors singled out Turkey as a future biosimilar hotspot. They expect Turkey will experience 10 to 15 percent annual growth of its biosimilars market between 2018 and 2025. (Egypt is also poised to see the same percentage of growth, though its market is currently smaller than Turkey’s.) Biosimilars are clearly on the country’s radar, as, according to Challand, Turkey will host a five-day workshop on biosimilars in the upcoming year.

One of the most distinguishing characteristics of the Turkish market is its adoption of pharmacovigilance practices in line with those of the EMA. Though local companies demonstrate a wide array of quality, Challand emphasized the firmness of Turkish regulators as well as the technical expertise of many local companies. In fact, according to Challand, they are perhaps the most advanced from a technical and scientific perspective, which leaves them well-equipped to handle the more complicated regulatory requirements stipulated by the EMA. (In many instances in MENA, the concept of totality of the evidence and the regulatory dossier required for biologics are not well understood.) As of 2016, 68 percent of the local production was in generics, while 97 percent of originators were imported. However, as is custom in many emerging markets, there is great emphasis on bolstering local production and increasing international company investments. I also think it’s important to point out the country’s investment in improving its hospital system, which, as we know, is where a majority of biologics and biosimilars are administered. According to the Republic of Turkey Prime Ministry Investment Support and Promotion Agency, the number of hospitals in the nation increased from 1,156 in 2002 to 1,546 in 2016.

Iran: When it comes to efficient and low-cost manufacturing, Challand believes Iran could be a leader in the region. The country currently has a regulatory pathway for biosimilars which is based loosely on WHO guidelines. However, no biosimilars have been approved in the country to date. Instead, copy-biologics dominate the market, many of which are manufactured locally by one of the country’s largest companies, CinnaGen.

However, as some of you may already know, CinnaGen became the first mAb manufacturing company in Iran to earn GMP certification from the EMA. Challand attributes this push toward GMP manufacturing to the fact the country has a history of import and export sanctions, and, much like Turkey, emphasizes local production. In fact, according to this 2017 article on Iran’s pharmaceutical industry, 50 percent of the pharma market is privatized and run by partially government-owned organizations. This has posed some challenges in terms of modernization of facilities. As the article hyperlinked above shared, there is a great need for investments to renovate facilities and equipment in the country, and in many cases, these investments have been difficult to come by. As companies receive more renovations, the expectation is that GMP standards will continue to improve across the country. There is also a skilled workforce in the country, thanks to the return of a number of Iranian expats who spent time working in the pharma industry in other nations. Because of the lower cost of its skilled workforce, its cost-effective production, and the Ministry of Health and Mecical Education’s current call for international investment, Challand expects that Iran has the manufacturing capabilities to dominate the MENA region in the future.

Jordan: Jordan is a particularly interesting space to watch given their efforts to become leaders in the biosimilar space. In addition to having a biosimilar pathway in line with that of the EMA and FDA, there is also an accompanying requirement for any biosimilars to have a pharmacovigilance and risk management plan in place at the time of submission.

The way the country has approached previously approved copy-biologics is also notable. According to Challand, Jordanian regulators requested that all manufacturers of copy-biologics provide evidence showcasing the product’s safety and efficacy. At the same time, the regulators are closely monitoring the safety profile of the existing copy biologics. Any evidence of safety issues will be questioned and discussed with the manufacturer and if they cannot demonstrate safety and efficacy, the product will be removed from the market. Though the process may seem lengthy, Challand said redirecting patients away from copy-biologics requires a different strategy from that of a more highly regulated market. While we would expect a product without any safety evidence to be pulled immediately from the U.S. or EU market, there are patient populations — for instance, cancer patients — relying on these copy-biologics.  As such the benefit may outweigh the risk until true biosimilars are available and affordable.

Overall, Challand encouraged biosimilar companies to consider the MENA region when seeking trial locations and recruiting patients. Given the low uptake of biologics across the region, a sweeping majority of patients qualify as biologics naïve. There is also control over illnesses that would limit the number of applicable volunteers, for instance TB and HIV. This stands in stark contrast to other nations where the reference products and biosimilars already are used across the population, which, in turn, limits the number of applicable patients for biosimilar clinical trials.