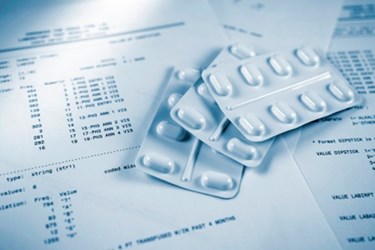 Sanofi firm Genzyme announced that it has received a positive recommendation from the European Medicines Agency’s (EMA) Committee for Medicinal Products for Human Use (CHMP) for the approval of Cerdelga (eliglustat) for the treatment of Gaucher disease type 1.

The drug received approval from the U.S. Food and Drug Administration (FDA) earlier this year. Cerdelga is intended to be an alternative to Sanofi’s two-decade old IV drug Cerezyme for Gaucher disease. Sanofi earlier said that it plans to sell Cerdelga at roughly the average annual cost of Cerezyme infusions per year, or approximately $300,000.

Gaucher disease is an inherited disease considered as an orphan condition since it affects less than 10,000 people around the world. The disease causes the accumulation of Gaucher cells or lipid engorged cells, which build up in the spleen, bone marrow, and liver and cause liver and spleen enlargement, anemia, bone disease, and excessive bleeding and bruising, among other symptoms.

David Meeker, Genzyme President and CEO, said, “Today’s CHMP opinion is the next step in ensuring that Cerdelga is available to eligible adults with Gaucher disease type 1 living in the European Union. The standard of care for Gaucher disease is Cerezyme (imiglucerase for injection). With the availability of an effective oral therapy, Cerdelga would offer some patients and their physicians more choice in how to manage this serious disease.”

The company said it expects the European Commission to release its final decision for Cerdelga’s Marketing Authorization Application (MAA) in the next few months.