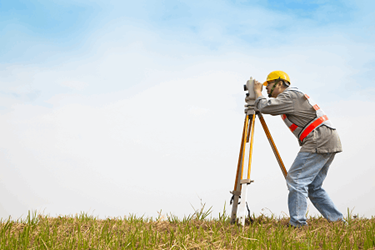 This two-part article looks at key similarities and differences emerging from China and India in their move toward becoming global hubs for biological drugs. This first part provides background on steps both countries are taking. The second part provides regional views for the future and assess our recent study on China's and India’s objectives and successes toward becoming competitive in a GMP environment.

India and China represent nearly 40 percent of the world’s population, so their domestic markets for biologics alone represent a remarkable opportunity. However, currently, the opportunities for sales of biological therapeutics remain in more developed countries. So while domestic biologics manufacturing may be important for health policy reasons, from an export perspective, the level of investment by China and India into their own biomanufacturing capabilities is likely going to be a factor in their ability to export to more lucrative markets in Europe and North America.

We recently conducted several studies with professionals at bioprocessing facilities in China and India to identify their respective capabilities and ambitions for the export of biological therapeutics. Of course, exporting to the largest developed markets, including the U.S. and EU, will require manufacturing to western GMP standards.

In our recent China1 and India2 studies, we interviewed 50 biopharmaceutical manufacturing executives in China and 104 executives in India. These surveys of members of our Biotechnology Industry Council (BIC) panel of bioprocessing experts also confirmed both China and India are making efforts to become global bioprocessing hubs.

In terms of biopharmaceutical manufacturing capacity, an analysis of total on-site bioreactor volume (liters) from BioPlan’s Top 1000 Global Biopharmaceutical Facilities Index3 and from our directory of Asian biomanufacturers4 shows India and China have relatively comparable manufacturing capacities. Both also have a number of facilities belonging to major Western biopharmaceutical companies. However, that is where similarities seem to end. For example, Chinese companies tend to be more oriented toward development of innovative, domestic products. Indian companies are investing in Western markets, while Chinese companies are pursuing domestic investment strategies.

Our surveys show how China and India plan to fill the gap toward becoming global bioprocessing hubs. We also queried regarding the critical areas where biopharmaceutical manufacturers recognize they currently lack capabilities required to participate on the global stage. We found substantial optimism among biopharmaceutical professionals in both countries who believe they can and will fill the quality gap between current production operations and the more rigorous GMP quality processes in the U.S., EU, and regions with more established biopharma industries, stricter guidelines and enforcement of GMP, quality control, and documentation.

For example, nearly 90 percent of responding Chinese biologics managers indicated their company plans to target global distribution of GMP-produced biologics within 10 years. There is recognition that global industry participation requires that China address its facility-level GMP deficiencies if it is to succeed.

China has specific ambitions for GMP exports of biologics, while India is making greater investment overseas. Other trends and factors in China include:

India, in comparison, also recognizes they lack capabilities required to participate on the global stage. But we also found optimism that Indian biopharmaceutical professionals expect to be producing at GMP quality for export to the U.S. and EU. In fact, 100 percent of responding Indian biologics managers indicated their company currently plans to target global GMP production of biologics within 10 years.

Study respondents were asked to identify the top strength attributes most important to expanding their presence in global biopharmaceuticals. For Chinese respondents, of the 17 attributes cited, the three most commonly required to compete globally were:

For the most part, Chinese respondents believe they have the expertise and staff needed, but lack the necessary product pipeline and physical capacity. Indian respondents continue to seek specific technical and scientific expertise.

We then asked Chinese and Indian respondents to consider what biopharma companies lack today to be competitive globally in a GMP environment. We identified attributes most important for future competitiveness in markets requiring cGMP manufacture. Almost 70 percent of China’s biopharmaceutical managers perceive the country’s overall quality image as a key weakness to being able to complete globally. Essentially, a majority expect that cGMP production is within their current competence.

In comparison, when asked what they believe must be acquired to compete globally, over 40 percent of Indian respondents perceived the country’s overall quality image as a key weakness. Although image was, again, a top attribute, it was noted by a lesser percentage.

This may suggest the Indian bioprocessing community recognizes the critical nature of addressing its key quality factors, and the problem is not simply image-related.

Part 2 of this article looks at China’s and India’s objectives and successes toward becoming competitive in a GMP environment.

A project director at BioPlan Associates, a biotechnology and life sciences marketing research and publishing firm in Rockville, MD, Vicky Qing XIA has her M.S. in biology from University of Texas-Houston and MBA from University of Pittsburgh. She has experience in consulting, business development, and alliance management in China’s biopharmaceutical industry. Her expertise includes research and analysis on multiple global market segments, and she has managed a team of industry experts and projects.

A project manager at BioPlan Associates, Leo Cai Yang has business development experience in the biotech and pharma segments and 10 years in market research. He graduated from East China Normal University with a bachelor’s degree in biotechnology in 2006 and has worked with equipment manufacturers in pharmaceutical and medical device industries in Switzerland, Austria, and Germany. He has also project managed studies involving new biopharmaceutical technology applications in China including analysis and strategy development.