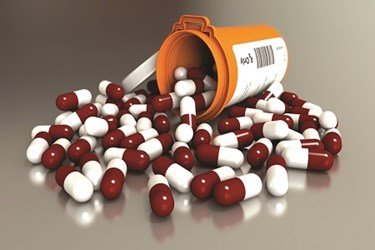 Clinical stage biopharmaceutical company ChemoCentryx announced that it has received Orphan Drug Designation from the U.S. Food and Drug Administration (FDA) for CCX168 as an investigational treatment for atypical Hemolytic Uremic Syndrome (aHUS).

Atypical hemolytic uremic syndrome is a deadly disease that causes chronic blood vessel damage, thrombosis, rupture of red blood cells, and sudden, progressive organ failure that primarily affects the kidney. The rare disease is caused by genetic defects in factors that influence the activation of the complement system. Patients with aHUS have poor prognosis, as well as poor quality of life.

“Given the life-threatening nature of aHUS, we are very pleased with the granting of orphan-drug designation for CCX168 in this disease. We… look forward to starting our clinical studies in this disease in the coming weeks,” said Dr. Thomas J. Schall, President and CEO of ChemoCentryx.

ChemoCentryx said that it will prepare to conduct a Phase 2 proof-of-concept study of the drug in patients with aHUS by the end of the year.

The drug has previously received Orphan Drug Designation from the FDA as treatment of anti-neutrophil cytoplasmic autoantibodies (ANCA) -related vasculitides, some of which are Wegener's granulomatosis and Churg-Strauss syndrome. This month, ChemoCentryx presented data at the American College of Rheumatology Meeting showing that CCX168 demonstrated positive non-renal ANCA vasculitis disease activity.

The FDA’s Orphan Drug Designation is awarded to drugs and therapeutics that target a rare disease or condition that afflicts less than 200,000 patients in the U.S. Once an orphan drug receives approval for its indication, the sponsor company gains a seven-year period of marketing exclusivity, along with other incentives, such as tax credits and waiver of prescription drug user fees.