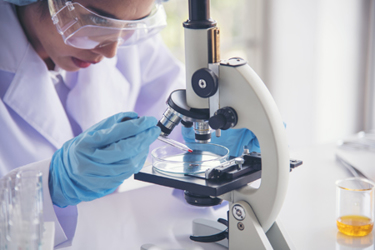 Immuno-oncology is a vast and promising field within cancer therapeutics. Over the last decade, the progress made in the field has given new hope to cancer patients all over the world. However, there is still a significant need for even better treatments.

In recent years, CAR-T therapies have become a promising pillar of cancer therapy. This is due to CAR-T therapies achieving remarkable clinical responses in the treatment of chemotherapy-resistant or refractory B-cell malignancies. Even though response rates are high, the majority of patients need other treatment alternatives mainly due to treatment resistance and/or high rates of relapse.

In about twenty percent of patients with B-cell lymphoma, not all cancer cells are killed, leading to patient relapse. This is due to acquired heterogeneity in CD19 expression among B-cells. CD19 CAR-T cell therapies are “blind” to cells with low or no expression of the CD19 antigen. Consequently, those cancer cells can escape CAR-T cells and with time continue to divide resulting in a refractory tumor clone.

CAR-T-cell therapies face the greatest challenges in the field of solid tumors, which express a highly varied set of tumor antigens. This makes it difficult to find relevant targets for CAR-T-cells as solid tumors have extremely immunosuppressive micro-environments that counteract the effect of CAR-T-cells against cancer.

This secondary mode of action ensures a “back-up” mechanism of cancer attack that potentially eliminates all tumor cells “missed” by conventional CAR-T cells. In tumors with heterogeneous expression, NAP secretion triggered the formation of an immunologically “hot” microenvironment supporting dendritic cell maturation and bystander responses. This was shown by epitope spreading and by infiltration of cytotoxic CD8+ T cells targeting tumor-associated antigens other than the CAR - targeted antigen.

In vivo studies indicated that CAR(NAP) T-cells controlled tumor growth and significantly prolonged survival when compared to treatment with conventional CAR T-cells not armed with iTANK. Modifications introduced through the iTANK platform are designed with safety in mind; NAP expression is induced by CAR target engagement and Helicobacter pylori infected individuals do not experience any NAP-related toxicity.

These results show the potential of iTANK to significantly reduce the percentage of relapsed non-Hodgkin lymphoma patients with B-cell malignancies and be deployed as a hybrid treatment with two modes of action: a specific cancer attack through CAR T-cells and a parallel “bystander” immune response where endogenous killer T-cells attack the tumor independently of whether they express the antigen targeted by the CAR or not.

Preclinical proof-of-concept data was recently published in Nature Biomedical Engineering and can be found here: https://www.nature.com/articles/s41551-022-00875-5.

Platforms must be compatible with other forms of treatment

Of course, any successful technological platform to improve the performance of all CAR T-cell therapies must be designed to address drawbacks with the currently available therapies, namely neurotoxicity and antigen-escape, and be themselves compatible with other forms of treatment.

Adding NAP to other T-cell treatments in a clinical setting in upcoming trials is one such way to make treatments compatible with each other and we at Elicera are excited to look into this further.

CAR T-cells have been developed and gradually improved for many years. The first generation of CAR T-cells most often demonstrated poor effects owing to insufficient propagation and survival in the body after infusion.

The second and third generations of CAR T-cells contained one and two extra costimulatory domains respectively which improved function, survival, and immune activation. Approximately 70 percent of all CAR T-cells currently under development belong to the second generation.

The fourth generation of CAR T-cells is built on the second generation but adds a transgene that codes for individual immunostimulants. The intention of adding the transgene is to trigger the innate immune system and activate the patient’s own CD8+ killer T-cells to attack cancer.

Approximately 16 percent of CAR T-cells currently under development belong to the fourth generation with the majority of these are being developed in academic environments rather than commercially. Some examples of optimized versions of fourth generation CAR T-cells are drug candidates that have been genetically modified with a transgene that code for a neutrophil-activating protein (NAP) instead of individual immunostimulants (cytokine).

The journey to fulfill the promise of CAR-T therapies continues. New platforms can become a cornerstone in the CAR T-treatment alternatives for solid tumors that directly address the risks of relapse and treatment resistance that are common in current CAR-T therapies.

Jamal El-Mosleh has been CEO of Elicera Therapeutics since 2020. He was previously CEO of First North-listed biotechnology company Annexin Pharmaceuticals AB (publ) and CEO for nearly ten years at Nasdaq Stockholm Small Cap-listed immuno-oncology company Immunicum AB. He was also Immunicum’s co-founder, led its IPO on NASDAQ First North in 2013 and initiated its broad international clinical program. Jamal El-Mosleh is also a deputy board member of the cancer diagnostics company Elypta AB.