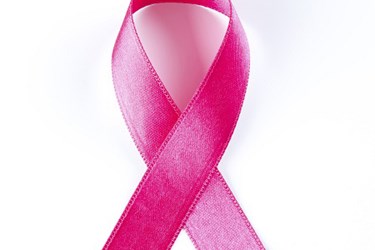 Scientists at the Salk Institute have found a way to isolate and grow breast tissue stem cells in the lab. The new ability of propagating mammary stem cells opens the door for the study of both breast development and breast cancer formation.

Peter C. Gray, staff scientist in Salk’s Clayton Foundation Laboratories for Peptide Biology, and Benjamin T. Spike, senior research associate in the laboratory of Salk Professor Geoffrey M. Wahl, worked together on the new study. The researchers were able to keep the breast tissue stem cells alive and functional in the lab by controlling the levels of two key proteins. “What we’ve shown is that we can take these cells out of a mouse and study them and regulate them in the laboratory by providing them with a specific factor,” said Gray.

“There was a lot of prior work demonstrating that mammary-specific stem cells exist, but it was virtually impossible to isolate them in numbers from an adult. But we previously found we could turn to early development, when the stem cells are present in higher proportions,” said Spike.

The two researchers used fetal breast tissue from mice and grew the mammary stem cells in culture dishes. They then started testing the effects of the two proteins CRIPTO and GRP78, known for their important roles in stem cell biology and embryonic development, on the growing and stained stem cells.

Blocking the protein CRIPTO allowed the cells to form differentiated cells instead of new stem cells. Boosting the protein’s levels on the other hand caused an increase in the stem cell colony. The researchers hypothesized that CRIPTO may be produced by nearby cells in the fat to promote the growth of breast tissue. Previous studies also showed that the protein GRP78 binds CRIPTO on cell surfaces and regulates CRIPTO function.

Both proteins have been implicated in breast and other cancers. High levels of either protein are thought to promote tumor growth using similar pathways that increase breast tissue growth. Targeting these proteins may help in stopping or slowing down cancer growth. With the new method of growing breast tissue stem cells in the lab, the researchers hope they can more closely study several cellular programs that the CRIPTO and GRP78 activate.

Results of the researchers’ study were published in the April issue of the journal Stem Cell Reports.