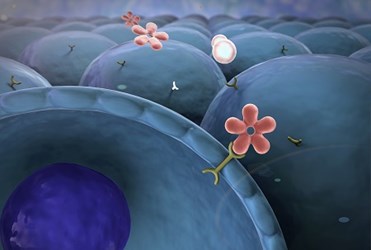 When we think of patient centricity, it’s likely we immediately think of pharma’s efforts in the clinical space. Over the past few years, pharma companies have been increasingly implementing strategies to integrate patients’ voices into the development of trial protocols. These efforts aim to emphasize the importance of the patient and their medical needs in the development of a life-saving drug. But rarely does the notion of patient centricity extend into the drug manufacturing space. When it comes to making a drug, patients often lack the understanding of how the drug that saves their lives came to be. 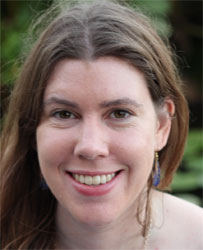 That’s all changing, thanks to a new movement known as biohacking. One biohacking effort, called the Open Insulin project, recently jumped into the biopharma ring. This team, based in Oakland, CA is at work creating an identical copy of wild-type insulin, which is the insulin found in the human body. According to Maureen Muldavin, a board member and biohacker involved in the Open Insulin project, the goal of this effort is to create more cost-effective, biosimilar insulin in a market that has yet to see substantial generic competition.  But beyond that, Open Insulin, which is run by a diverse group of part-time scientists, emphasizes that innovation can occur outside of university and corporate walls. Muldavin says, “This project aims to prove that people working outside universities and big corporations have the ability to further pharmaceutical innovation.”

Last year was a big year for diabetics. In December 2015, Eli Lilly and Boehringer Ingelheim announced the approval of the first follow-on biologic of insulin, Basaglar, in the U.S. There are other pharma companies working on biosimilar insulin, such as India’s Biocon (in partnership with Mylan). However, there has been much less buzz about the development of cheaper insulin compared to all the hype surrounding biosimilar development for Humira or Enbrel. Part of this is because of the daunting patent landscape that envelops branded insulin products. As reference product sponsors make alterations to their existing insulin, they often engage in a process known as evergreening. This process involves patenting any small changes made to an originator molecule, which extends the period of patent protection and blocks generics or biosimilars from entering the market.

However, despite these challenges, patients, family members of those with diabetes, and science lovers have decided to take matters into their own hands to further the generic insulin market. Launched as a crowdfunding effort in November 2015, Open Insulin sought funds to begin assembling the necessary equipment, consumables, and external facilities. The team, comprising volunteers with varying degrees of scientific knowledge and experience, has started to create insulin from E. coli bacteria. Having collected upwards of $17K through the crowdfunding efforts, the team is now extracting and verifying whether the protein expressed in their cultures is proinsulin. The initiative will then move forward with cutting and folding the insulin using two different strategies that are unique to the project.

Obviously, there are no guarantees in drug development. Even the most seasoned pharmaceutical companies run into issues with drug candidates in the many complex stages of development. However, this project is not attempting to tackle drug development as a pharmaceutical company would. In fact, the team hasn’t even made it a prime goal to seek market approval for their insulin. As Maureen details, the current plan is to pass on the knowledge of a simpler, more cost-effective process to an existing generics maker. This manufacturer would then deal with the scaling and regulatory process of getting a drug to market.

But this experiment also aims to demonstrate just what can be accomplished with a small amount of resources. Open Insulin carries out its work in Oakland, CA, in Counter Culture Labs, a small community lab. Similarly, because of decreasing costs in genetic engineering and the ability to order genetic sequencing online, the team’s current budget estimation for its protocol is in the range of several hundred thousand dollars. This money is earmarked for the creation, purification, analysis, and improvement of the insulin for efficacy. (It’s important to note that the team is made up of volunteers, saving employment costs. This estimate also does not include the costs of running clinical trials, which are not currently on the team’s radar.)

“Even if our insulin doesn’t become a manufactured, mass produced generic, the ability to create insulin in a small, low-resource country lab or hospital is really important,” says Muldavin. This is especially true should a country be faced with a natural disaster, supply chain disruptions, or other emergency situations. “If we’re able to produce insulin in our biohacker space with a part-time, diverse volunteer workforce, this suggests people in any size lab around the world could also have the ability to create insulin in an emergency situation,” Muldavin adds.

The Arrival Of Patient-Centered R&D

Movements such as Biohacking and Open Insulin emphasize the changing direction of drug development. Besides creating insulin, this project strives to understand the role of the individual in science and medicine — a concept pharma, too, is grappling with through its patient centricity initiatives.  While citizen science hasn’t been taken seriously in the past, this particular project aims to serve as a proof of concept for the biohacker movement. Successfully creating a biosimilar version of insulin, which has been described by one scientist as a “b*$%# of a molecule,” would grant more credibility to the notion of citizen science.

There are a number of companies developing, testing, and filing their biosimilars for approval in the global market. However, as biohacking projects like Open Insulin enter the pharma space, Muldavin emphasizes the changing nature of drug development. She believes that citizens would have eventually stepped up to the biosimilar challenge themselves if pharma had not because of the market needs. “If there were no companies producing biosimilar drugs, eventually citizens would have stepped forward and begun exploring the science behind biosimilars because there is such a market need,” she argues.

Obviously, there are many regulations governing FDA drug approvals in the U.S. Given the stringent regulatory landscape of drug development and approval these days, it seems highly unlikely biosimilar development could be tackled solely by citizen scientists in the U.S. market. However, for developing countries outside the U.S., projects such as these illuminate what citizens can do with limited resources in the face of a medical crisis. Similarly, “Getting involved in drug development is valuable for everyone, especially in a day and age where patients are striving to have more control over their treatment options,” says Muldavin. “There are a lot of lessons in our project as to the power of patients working together. We’re showcasing patient-centered medicine.”