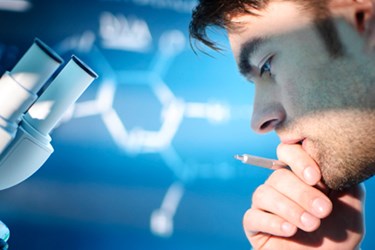 British drug maker AstraZeneca and Cancer Research UK have expanded their ongoing collaborative relationship with their latest agreement to screen new cancer drug leads at the AstraZeneca MRC UK Centre for Lead Discovery, a new center to be built in Cambridge.

Scientists from CRUK’s drug discovery units will be given access to AstraZeneca’s compound library, which currently holds more than two million molecules. Screening tools will also be provided at the new company site located at the Cambridge Biomedical Campus. Lead compounds will be determined using high throughput screening methods. This will include fragment-based lead generations wherein small chemical fragments are tested against therapeutic targets; screening of a set of compounds that could be used as kinase drug target inhibitors; and phenotypic screens to zero in on active compounds within cells that could lead to the discovery of new drugs.

The latest agreement stems from earlier collaboration deals between CRUK and AZ. In February CRUK agreed to temporarily locate up to 60 scientists from the company in its Cambridge Institute for up to three years to help integrate AZ’s scientists in the Cambridge scientific community. In September, AZ’s global biologics R&D arm MedImmune announced that it agreed to build a joint lab with CRT to develop biologic cancer drugs over an initial period of five years.